AMN Healthcare Services Inc (AMN) is announcing earnings on May 02 after the market closes. Wondering what revenue and earnings will look like?

What should you expect from the upcoming earnings?

Revenue for the next quarter is expected to be $525M, which implies 0% growth rate year-over-year.

Earnings per share are expected to come in at $0.69. If this materializes, EPS will decline -15% year-over-year.

How did the stock do last month? 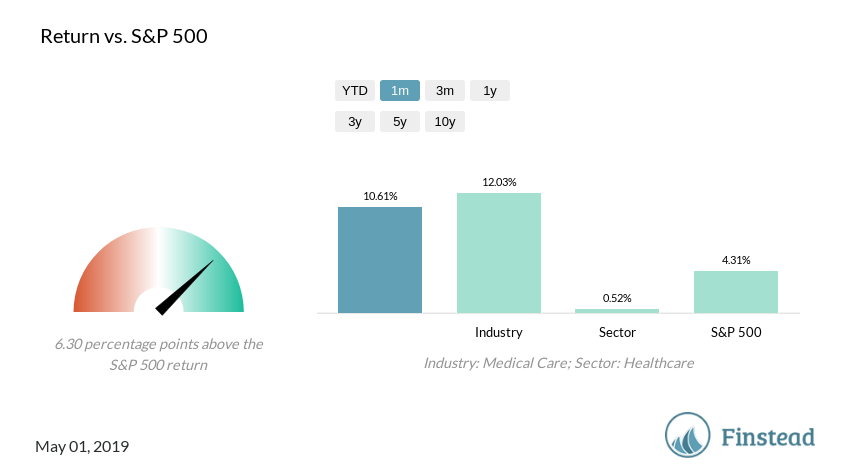 What do analysts say about the stock?

For the latest price and information on AMN, please visit Finstead and ask for "AMN", "AMN analysis" or "AMN news".

Before we start: if you're looking for AMN stock price, you can quickly find it out by visiting Finny and typing "AMN quote". If you're looking for a quick scoop on AMN stock (chart, price target, market cap, news and buy or sell analysis), go to Finny and look for "AMN". You'll get all this info in one place. Or you can just type "AMN news" to get the latest stock news.

Looking to buy or sell AMN Healthcare Services Inc (AMN)? Interested in getting the full scoop on AMN, including earnings and dividends, stock forecast, buy or sell analysis and key stats? If so, you came to the right place.

In this AMN stock guide, we'll address key questions about AMN, above and beyond what you can find on Yahoo Finance, Zacks, MarketWatch or Morningstar.

And here is the list of questions we'll answer:
1. What are AMN earnings?
2. What is AMN stock forecast (i.e., prediction)?
3. AMN buy or sell? What is AMN Finny Score?
4. What are the reasons to buy AMN? Why should I buy AMN stock?
5. What are the reasons to sell AMN? Why should I sell AMN stock?
6. What are AMN key stats: revenue, market cap, revenue growth, profit margin, P/E ratio, P/B ratio industry, sector, and number of employees?

1. What are AMN earnings?

3. AMN buy or sell? What is AMN Finny Score?

4. What are the reasons to buy AMN? Why should I buy AMN stock?

Here are the reasons to buy AMN stock:

5. What are the reasons to sell AMN? Why should I sell AMN stock?

Let's look at the reasons to sell AMN stock (i.e., the bear case):

Let's look at the key statistics for AMN: