Bitcoin Cash: what do the bulls and the bears say? 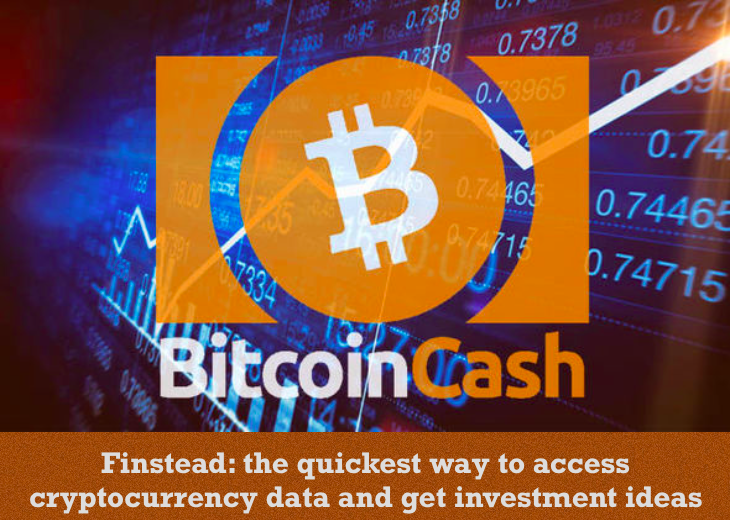 Bitcoin Cash (BCH.X) price has been on an upswing lately.  With a renewed interest in the cryptocurrency, consumers are starting to think about investing in it again.  Here are the questions we frequently get about Bitcoin Cash as an investment (or a trading) opportunity:

Here are the reasons to buy Bitcoin Cash (a.k.a., the bull case):

1. It is the fourth largest cryptocurrency in the market with a market capitalization of $9 billion.

2. Its goal is to get established as a mode of payment with major international merchants for which huge and ambitious payment infrastructure is built across the six continents.

4. A higher number of people can access a BCH transaction compared to a Bitcoin transaction at the same time. This is because Bitcoin Cash has a block size that is 8 times larger than Bitcoin's, which makes Bitcoin Cash more scalable (and also faster).

5. Bitcoin Cash is just a year old.  It has a huge potential to capture the leading position in the crypto market. It has successfully addressed issues such as scaling so that more people can use it with convenience.

Here are the reasons to sell Bitcoin Cash (the bear case):

2. Since the end of the bull run in January 2018, Bitcoin  Cash has suffered, with price declining by over 80%. Consequently, BCH merchant payments fell down from $10.5m in March to $3.7m in May.

3. Buyers are wary about Bitcoin Cash's centralized development and mining power. BitAntpool, BTC.com, ViaBTC, Bitcoin.com, and CoinGeek coin are currently accountable for 53.5% of all BCH mining.

The amount of mining power gathered by these groups increases the chances of a security attack. 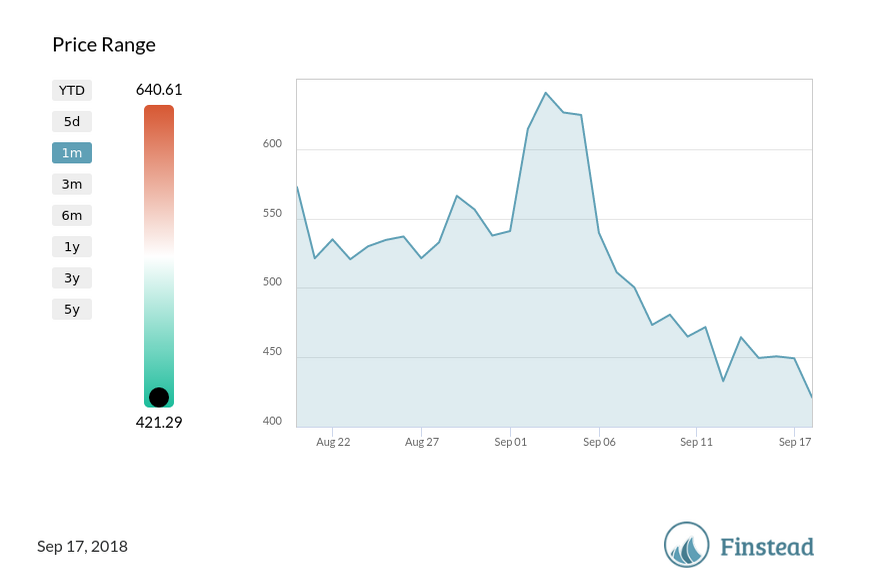 Bitcoin Cash (BCH.X) price falling because of the growing rift among the developers? 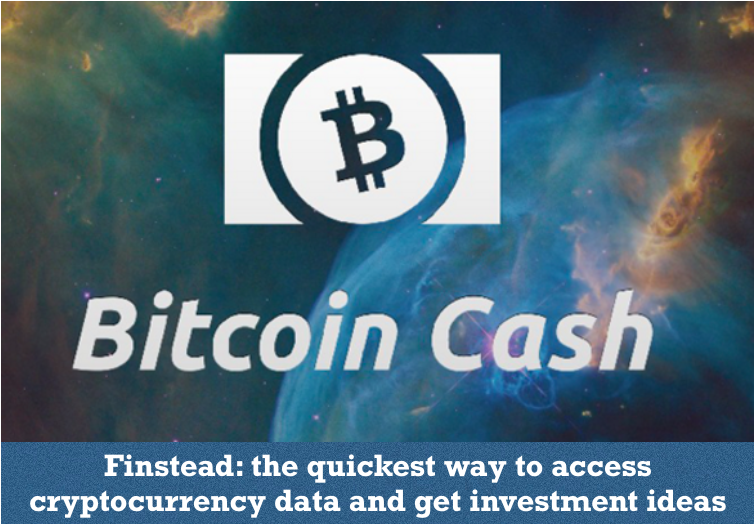 Bitcoin Cash (BCH.X) is trading at $442, down by 1% from yesterday. Bitcoin Cash dipped again against the US dollar, approaching the support level of $410 level.

What's causing the price dip?  It's been reported that BCH developers are fighting over the direction for the altcoin, which has been in existence less than a year.

Hoping to attract more users and enable more transactions, the BCH stakeholders appeared to be unified in their goal to boost the cryptocurrency's block size parameter.  However, a few cracks started to pop up in this united front over the past year, as BCH developers had one technical disagreement after another.

Today Bitcoin Cash trades on various cryptocurrency exchanges such as B2BX, OKEx, Vebitcoin, and CoinEx.  It has the total market capitalization of $8 billion.  However, the price movement has been downward lately: there was a 31% fall in Bitcoin Cash price against the US Dollar in the last 7 days.

In case the bulls fail to gather momentum, there are chances that the BCH price will fall down to as low as $400.

What is the Bitcoin Cash price forecast?  Here are the major technical indicators: 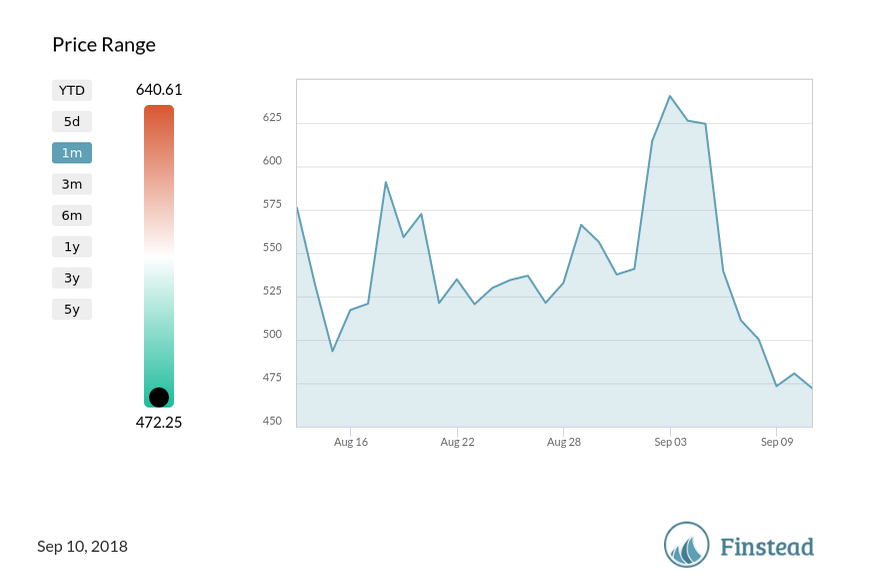 Bitcoin Cash (BCH.X) price: where is the abyss?

Bitcoin Cash (BCH.X) is trading at $422, down by 5% from yesterday. This is another abrupt fall in the Bitcoin Cash price against the US Dollar. Bitcoin Cash could not clear the $470 resistance, and a bearish trend line is forming with a new resistance level of $405.

The token continues to be impacted negatively by the sell-off in the ICO market.  In addition, a ruling yesterday in the US that ICOs are covered by the US security law added to the negative sentiment. While ICOs will be judged on a case-by-case basis, the decision gives the SEC the powers to bring criminal proceedings against fraudulent companies.

In contrast to the price fall, Bitcoin Cash continues to impress investors with its technical performance.  A stress test conducted on September 1 led by the protocol miners processed about 2.2 million transactions in 23 hours.  Coingeek, Waterhole, BMG Pool, and Viabtc were some of the miners that processed transactions sized 4-15MB.  This test indicated the on-chain capability of a network.

BCH is widely used in Venezuela, Iran, and Cyprus where it is supported by a large number of merchants.

What is Bitcoin Cash price forecast?  Here are the major technical indicators: 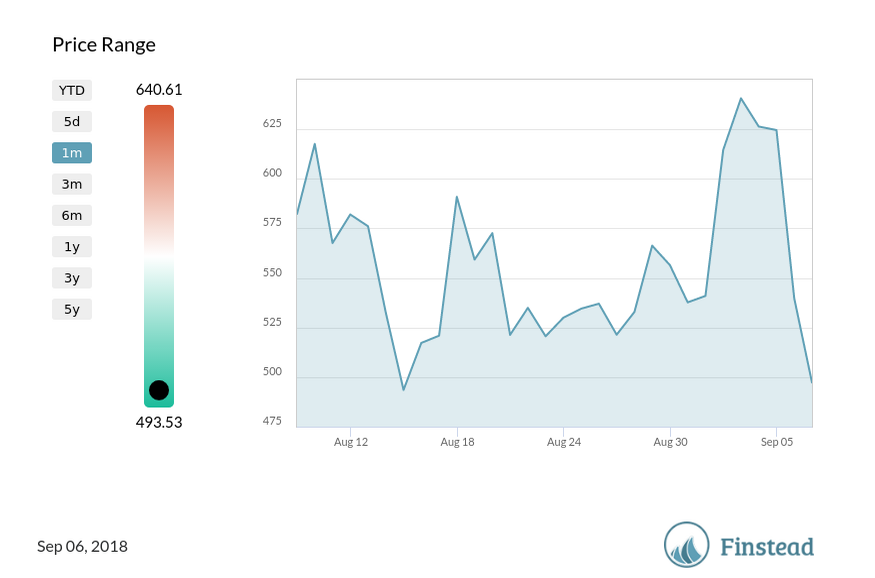 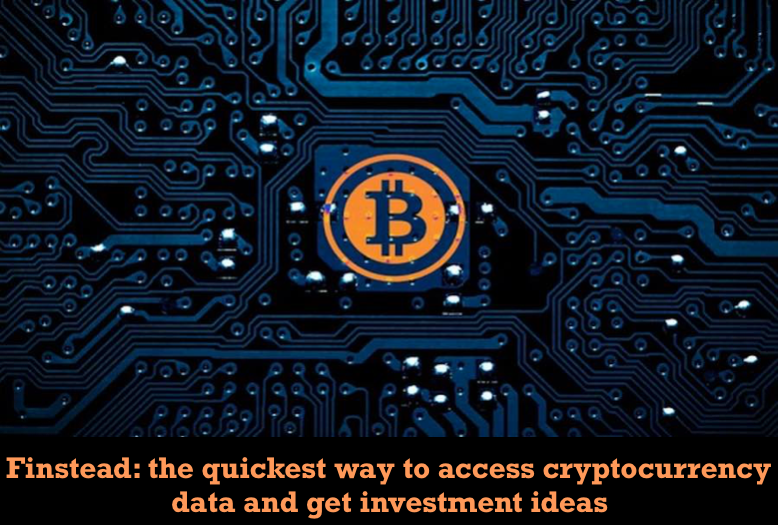 Bitcoin (BTC.X) is trading at $6,450, up 1% from yesterday.  Its price extended downside correction and tested the key support at $6,400 against the US Dollar.  What is Bitcoin's price forecast?

ShapeShift CEO Erik Voorhees said that the bear market for Bitcoin is not over yet.  ThinkMarkets chief market analyst Naeem Aslam thinks similarly and believes that speculators have unnecessarily intensified the downtrend by overselling Bitcoin in the global exchange market.

However, there are a number of positive developments related to Bitcoin.  The largest bitcoin mining pool in the world BTC.com is intending to expand its operations: it released a client designed to mine the Ethereum blockchain. Initially, the pool will support Ethereum and Etereum Classic. In order to enhance profitability, the users will get an option to shift between the two Ethash based cryptocurrencies.

Around 16% of Bitcoin's computing power is accounted for by BTC.com. BTC.com also makes up 14% of the Bitcoin Cash network. The mining operations are expected to grow by 12% in the upcoming 12 months.

Here are the major technical indicators for Bitcoin: 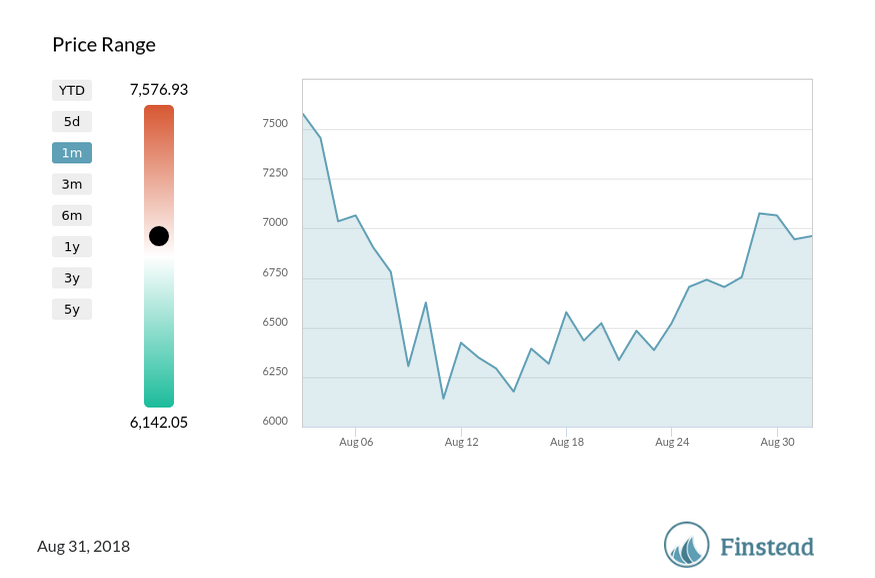 Bitcoin Cash (BCH): is there a silver lining? 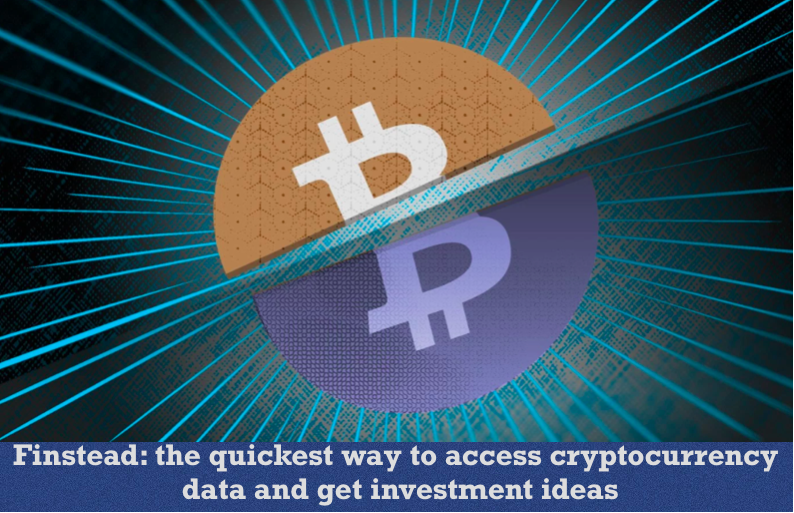 Bitcoin Cash (BCH.X) is trading at $496, down by 13% from yesterday. Its price fell remarkably and broke the $500 support level against the US Dollar.

What is Bitcoin Cash's price forecast? Is there a silver lining?

The Bitcoin Cash developments are continuing at a rapid pace.  Updates which goal is to control network spam, and reduce fees for a certain type of transactions will soon be rolled out.  A transaction size of 100 bytes will be mandatory going forward to prevent attacks on the BCH network.

BCH's Electron Cash team has released a new version of the BCH wallet which makes the client available on less sophisticated Nokia-style phones.  With this new wallet, people who have basic mobile devices will be able to use the real Bitcoin Cash wallet and control their private keys. This will enhance BCH's adoption globally, and in particular in regions such as Asia and Africa.

However, all these developments have not occurred without an incident.  The last couple of weeks were rough for the BCH development team--Amaury Séchet, the creator of BCH, was banned from the altcoin's Slack community. He apparently had a dispute with Roger Ver, BCH's promoter, regarding his proposal to reduce transaction times. Roger Ver wasn't appreciative of Séchet's idea,  who was removed from the Slack discussion completely.

What is the sentiment towards BCH today?  Here are the major technical indicators: 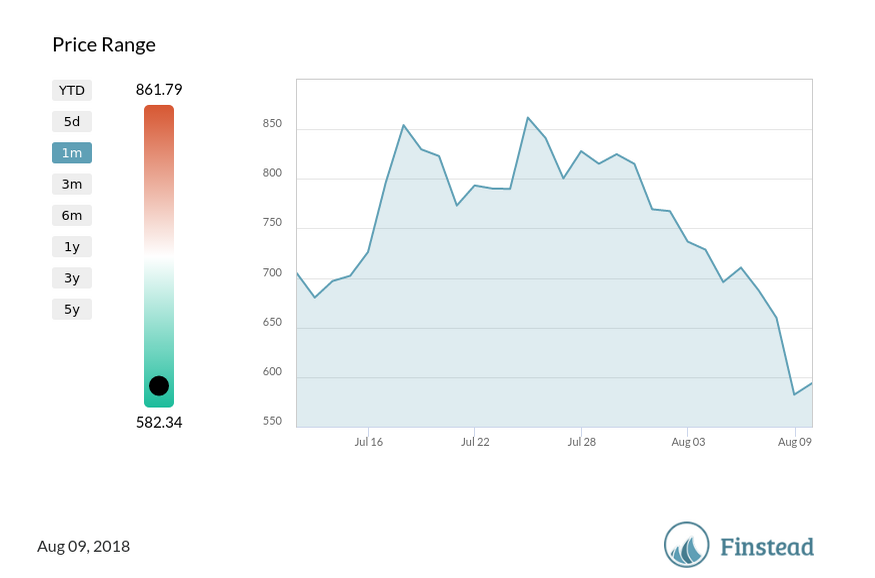 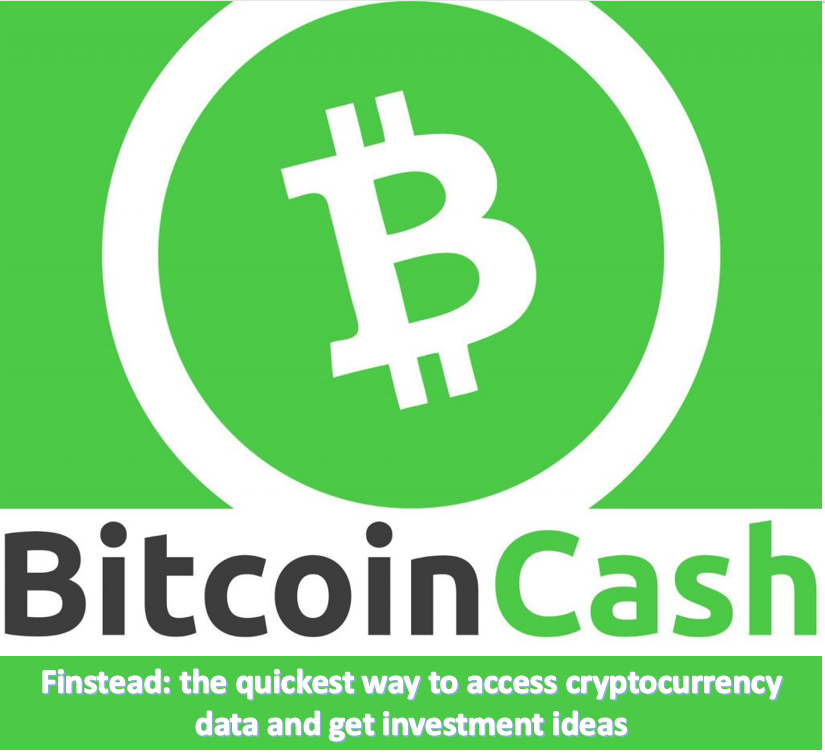 Bitcoin Cash (BCH.X) is trading at $789.03, down 2% from yesterday. There is a downside correction in the Bitcoin Cash price from $871 earlier this month. Previous week's bullish trend was breached, and now we're seeing a new support level at $750.

What is Bitcoin Cash price forecast, i.e., prediction? Will it get in the bullish territory again?  What news should investors be paying attention to?

Some developers have remarked that Bitcoin Cash protocol development has slowed down, but this should not present a concern to investors, because BCH development occurs mostly outside the protocol.  Some positive developments include the proposals for colored coins, Bitmain’s Omni layer protocol concept, and progress on the smart contract front.

The Bitcoin Cash community is debating over Pre-Consensus, a recent proposal by Amaury Séchet, Bitcoin’s lead developer. Pre-Consensus is a series of technologies that make it possible to establish standards to determine the characteristics of the next block before it is uploaded to the blockchain.   People who are positive about Pre-Consensus believe its implementation would help increase the adoption and functionality of Bitcoin Cash (BCH) and would also promote scalability solutions. 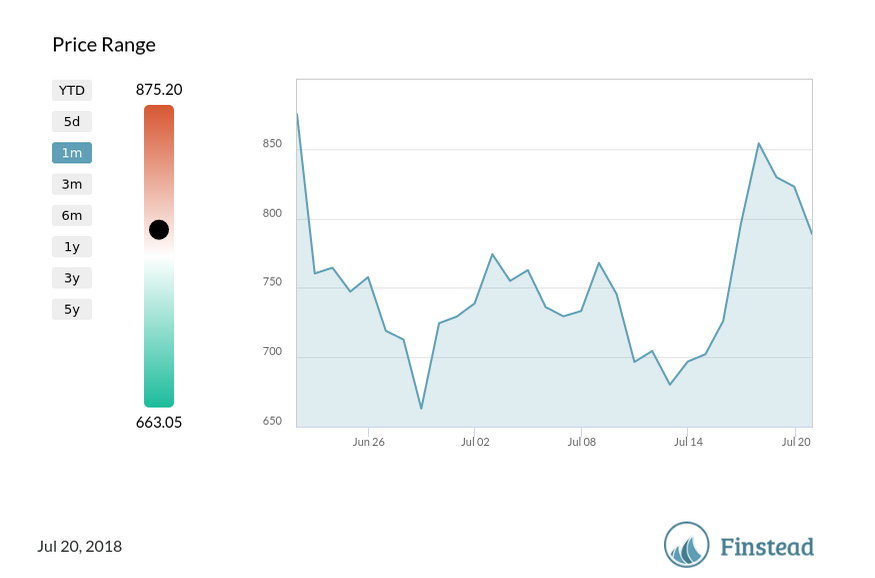 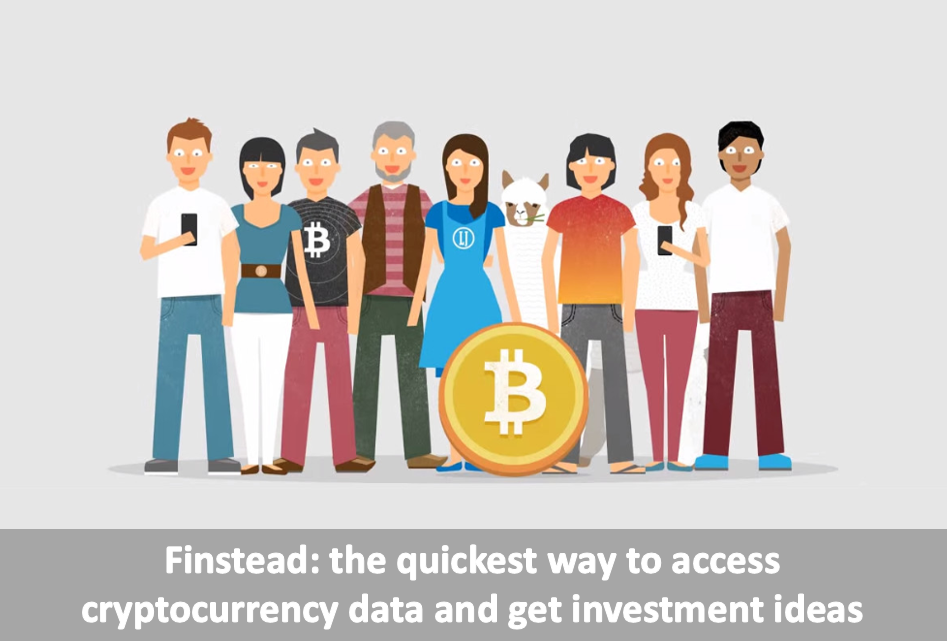 Bitcoin (BTC.X) is trading at $6,407.53, down -4.79% from yesterday, wiping away the gains from the most recent steady recovery.    What's driving the bitcoin price down and what's the BTC price forecast?

Looking at the technical analysis for the cryptocurrency, we notice some bearish signals for bitcoin:

What do the experts say?  Bill Baruch, Blue Line Futures President, told CNBC bitcoin's "bottoming process can begin" following signs that volatility is depressed.  Bitcoin's 30-day volatility is now at 61 percent, and slightly up from its low of 50 percent earlier this month. This volatility is significantly below the annualized volatility seen last year, north of 150 percent.

After bitcoin's volatility has become quite depressed and the cryptocurrency has lost as much as 70 percent from its December peak, it's time for it to find a new bottom.

It's no secret that the bitcoin price is going to remain unpredictable. There are massive spikes and declines, and nothing is preventing $5,000 from being the bottom.  Bitcoin challenges for 2018 involve regulation and market maturing; with larger sums, crypto is becoming a grown-up game. 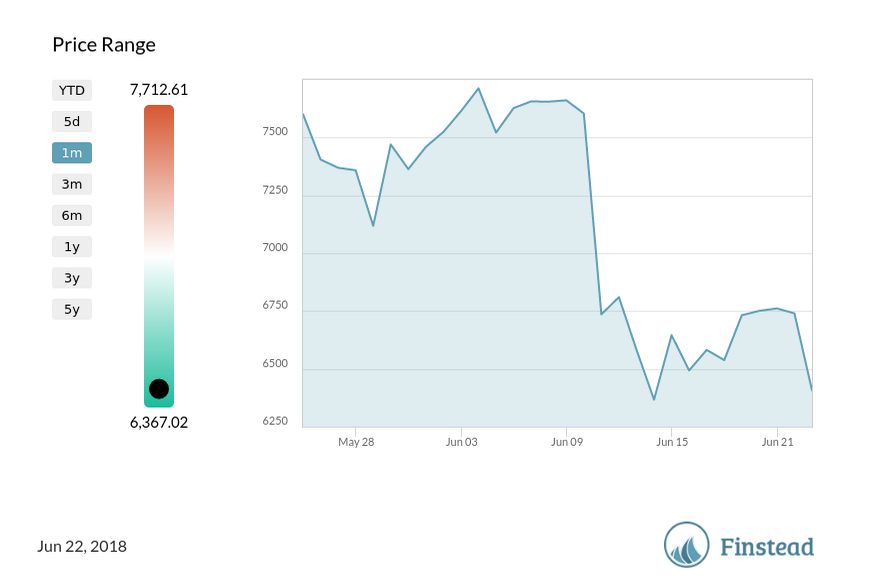 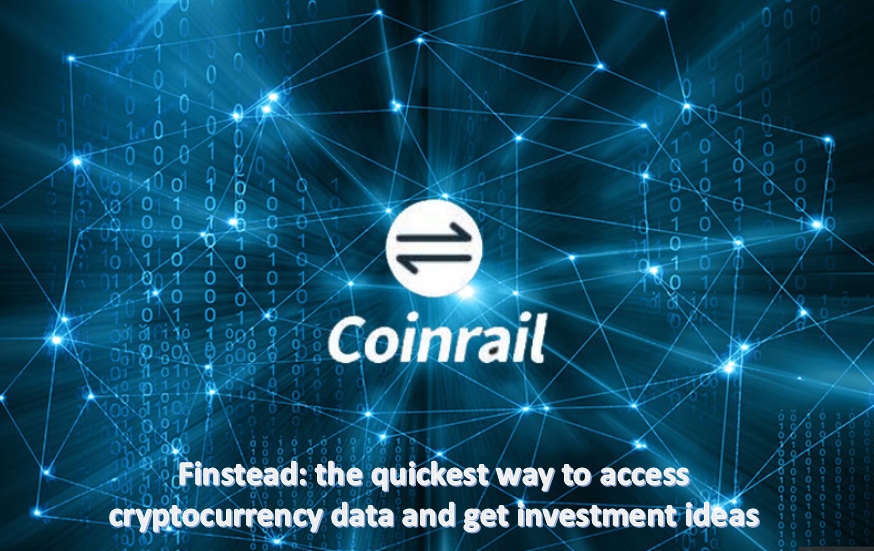 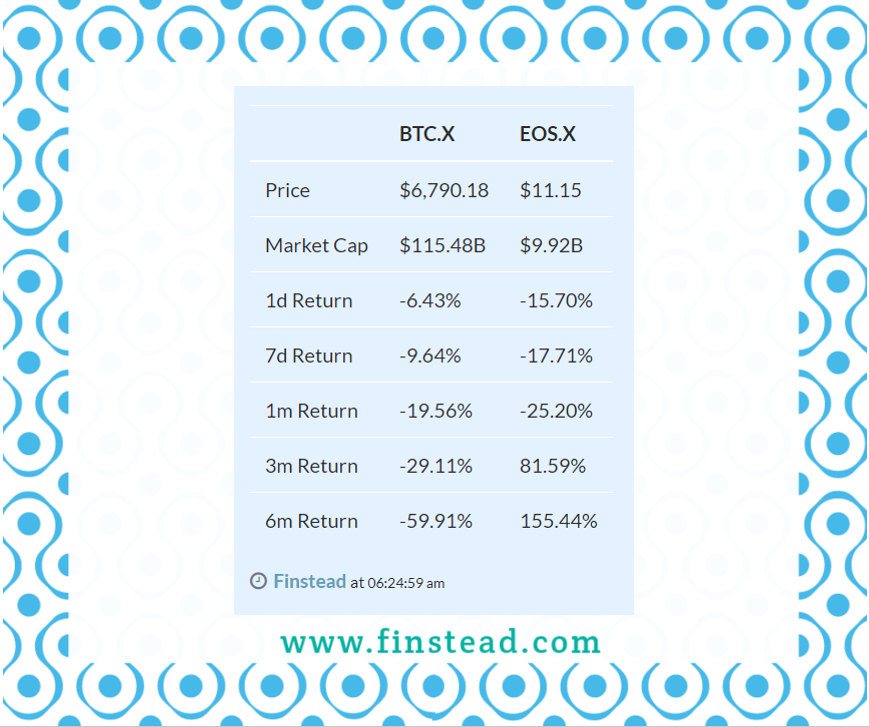 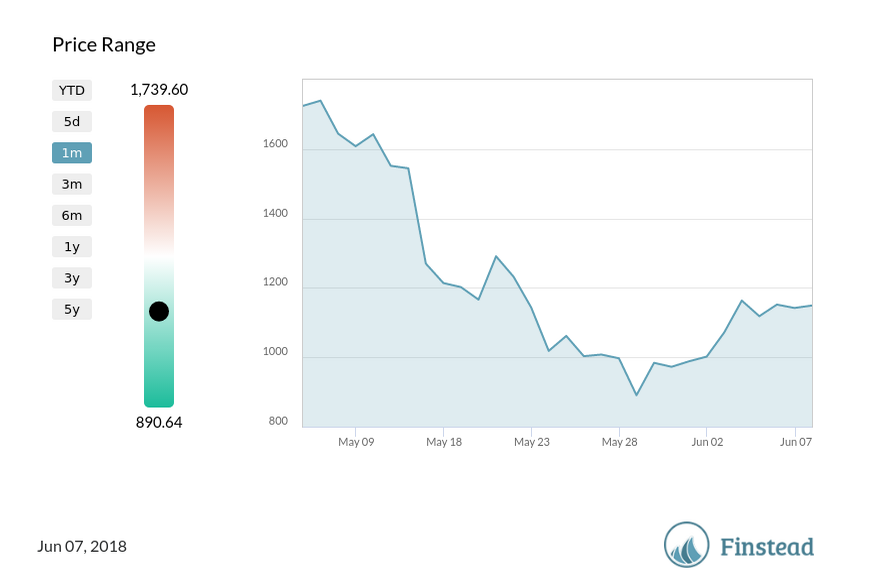