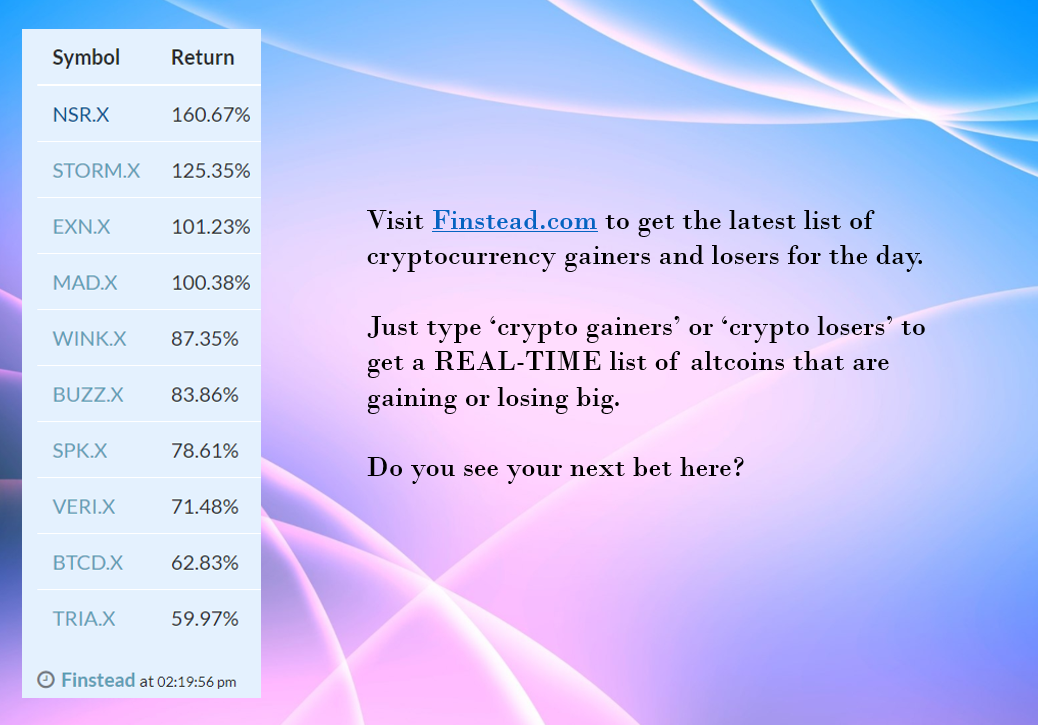 In today's crypto training, there are a number of coins that marked a double-digit gain.  Four coins gained over a 100%--most of which are in the sub-penny range.

We're focused on those coins that are in the penny-plus range and are highlighting those that have caught speculators' attention.

STORM.X tops our crypto gainers chart for penny+ tokens.  This is an altcoin founded by Simon Yu, a self-proclaimed business prodigy.  At the age of 19, Simon turned a $100 gift into a $500,000 business.   Simon grew a small dorm-room project into a multi-million dollar opportunity.

STORM rebranded its AdTech app called “BitMaker” to “Storm Play,” and integrated the blockchain technology with the app by introducing the STORM token that operates on the Ethereum blockchain. “Storm Makers,” who post tasks in the Storm Play app, are required to pay for posts in STORM tokens, and “Storm Players,” who are the users of the app earn rewards (called Bolts) for performing tasks.

StormX took some early steps to address this problem by rebranding its microtask application “BitMaker” to “Storm Play".  It also kicked off the integration of blockchain technology into the app with the introduction of “STORM tokens.”

Storm Play is the user portal into StormX’s existing micro-task marketplace, which is known as “Storm Market”. 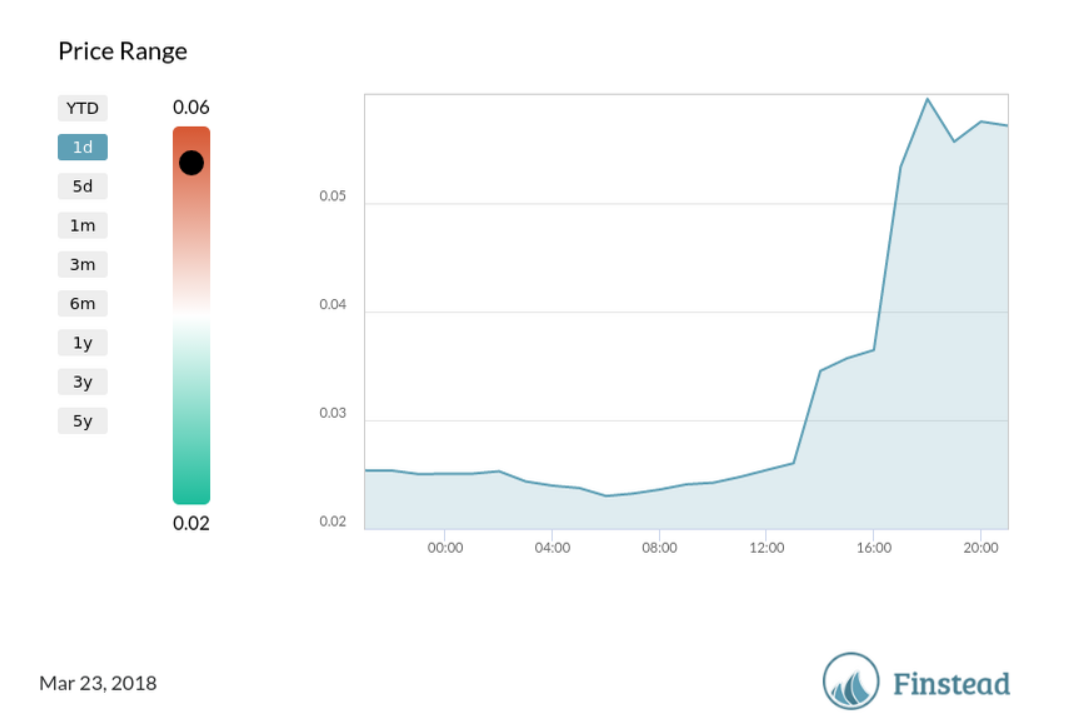