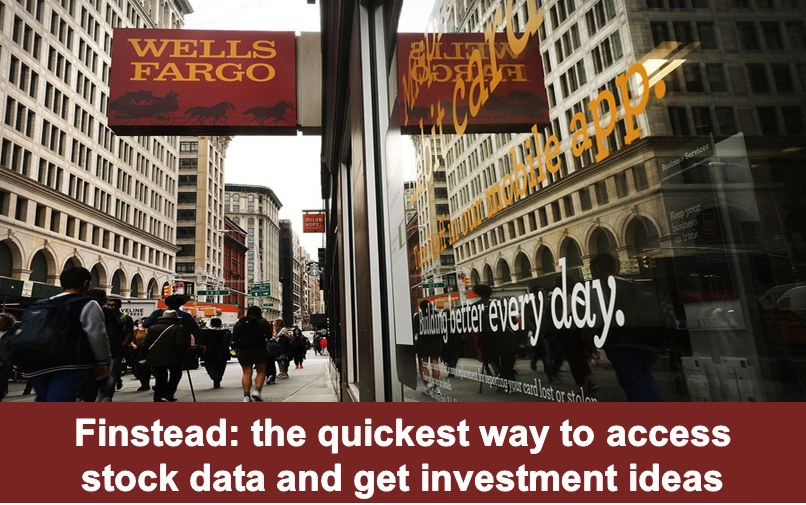 What are WFC earnings expectations?  What news will the market be watching out for?

Wells Fargo is the top deposit gatherer in the United States. Its strategy rests on deep customer relationships, sound risk management, and operational excellence.  Wells Fargo consistently paid less for balance sheet funding than most of its competitors over the past decade, and has also generated more revenue per dollar of assets than most peers over time, because of a loyal base of longtime customers.

Unlike its major competitors, Wells is not a top player in the capital markets. Its business model is more akin to regional banks than to money center institutions. Wells Fargo generates less than half the investment banking fees of companies like JPMorgan Chase, Goldman Sachs, and Bank of America, and trading gains made up only a small percentage of noninterest income.

Wells Fargo relies on the more stable revenue generated by its brokerage, advisory, and asset management businesses. It competes to a large extent with regional peers, and its scale advantages should grow in importance as technology and compliance spending increase fixed costs across the industry. Wells Fargo deserves a lower cost of capital--and higher multiple--than riskier peers.

Wells Fargo & Company has a mixed history of beating analysts’ earnings estimates.  In the past four quarters, the company: 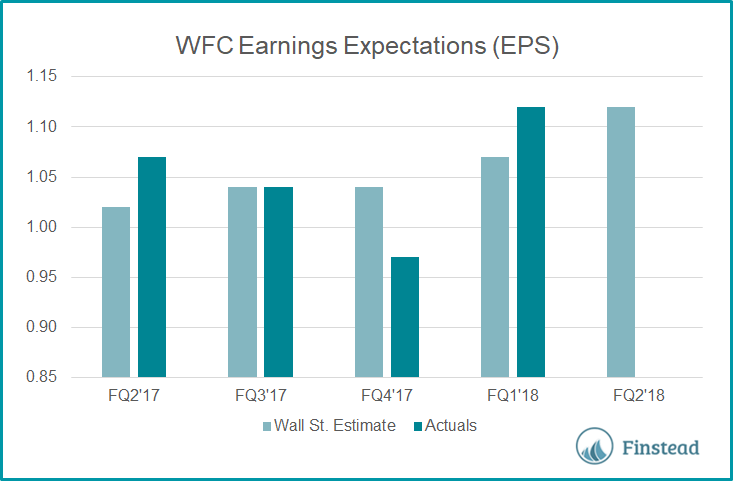 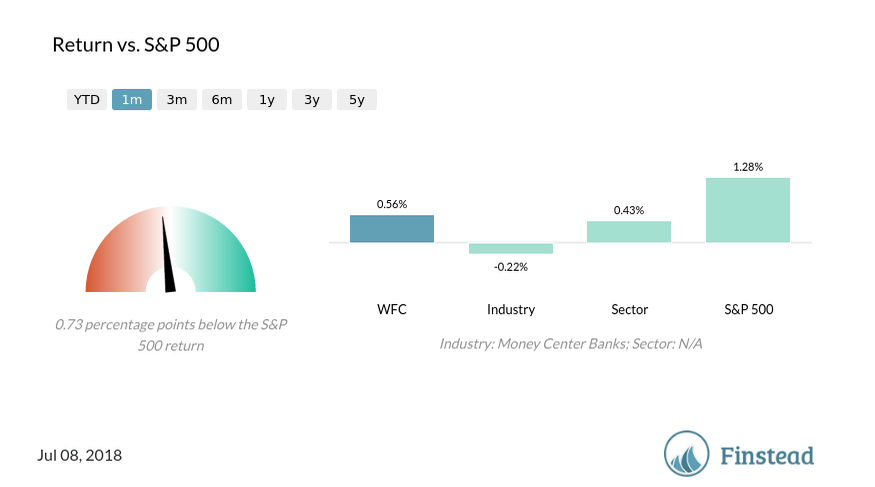 JPMorgan Chase (JPM) earnings preview: will it beat the Street? 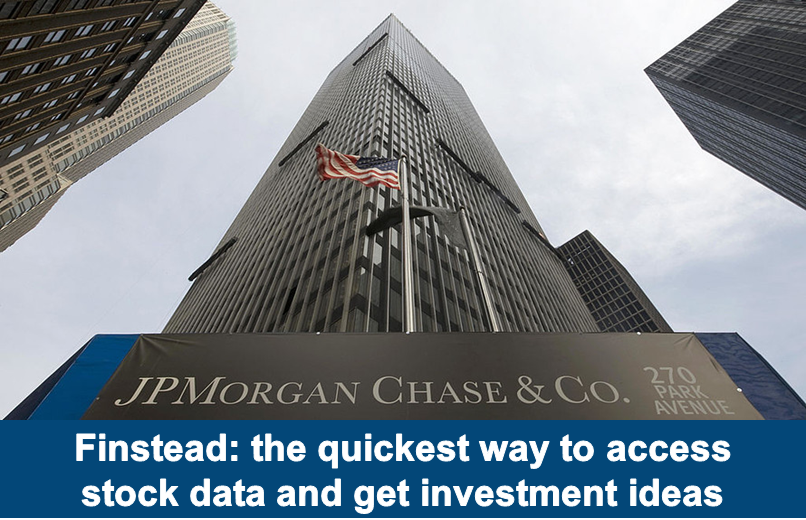 What are the JPM earnings expectations?  What news will the market be watching out for?

JPMorgan Chase’s combination of scale, diversification, and sound risk management seems like a simple path to competitive advantage, but few other firms have been able to execute a similar strategy.  JPMorgan now benefits from a nearly unrivaled combination of scale and scope within the United States, creating unique opportunities including its partnerships with other leading firms like Visa and Amazon.

JPMorgan has become the largest bank in the country, with about $1.4 trillion in deposits. Around $400 billion of these funds bear no interest costs whatsoever. Within payments, JPMorgan is the largest issuer of credit cards in the U.S. and the second-largest acquirer. The company’s investment bank is the leading global generator of fees, and the company’s fixed-income, commodities, and currency trading operations are the largest in the world.

As a systemically important firm, JPMorgan is likely to remain under the regulatory microscope for years to come. Regulatory relief will help smaller banks at the expense of "too big to fail" institutions.

JPMorgan Chase & Co. has a mixed history of beating analysts’ earnings estimates.  In the past four quarters, the company: 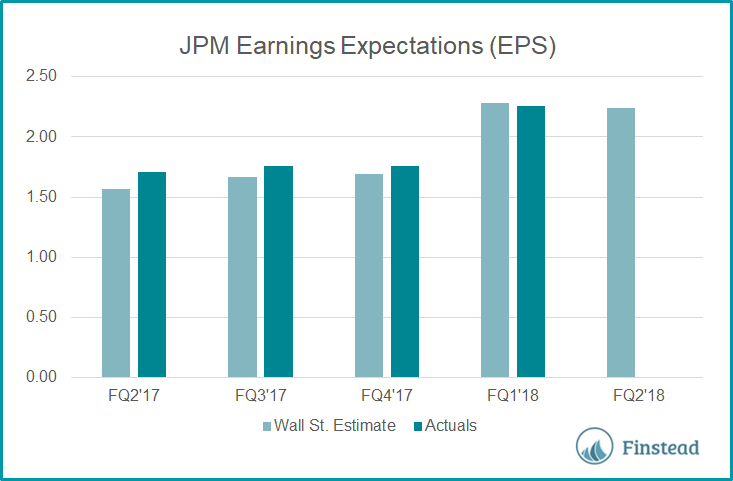 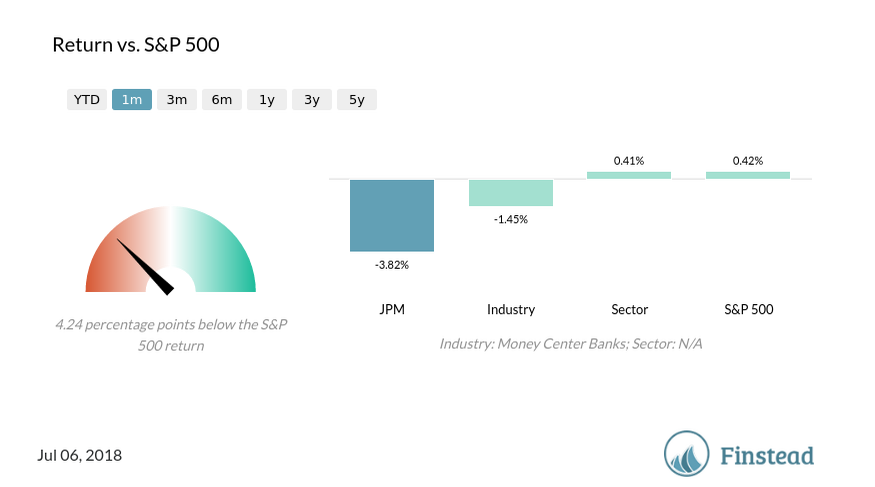 For the latest price and information on J P Morgan Chase & Co, please visit Finstead and search for "JPM price" or "JPM news".

JPMorgan Chase (JPM): What Does The Future Look Like? 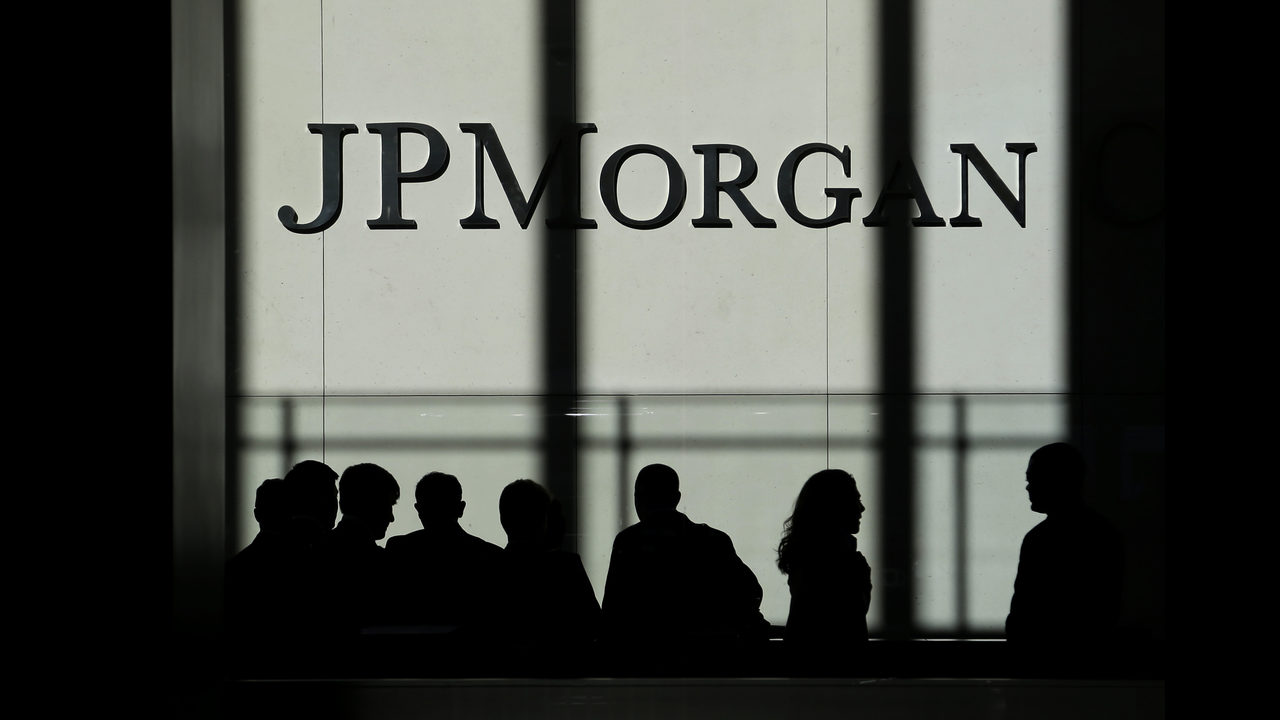 Jamie Dimon, the company's CEO, praised President Trump because of his tax cuts and deregulation while criticizing his trade and immigration policies beacause they will likely hurt growth in the United States.

According to Dimon, it is possible for the bank to grow and penetrate into new markets by investing excess capital stemming from the new federal tax cuts and constructive regulatory environment since the 2016 presidential elections.

According to Dimon, JPMorgan can earn a 17% return on the tangible equity that exceeds the target before the enactment of corporate tax cuts. It is also above the company’s 2017 performance by almost 4%.

CEO Dimon pointed out to Wall Street's low-profit estimates and declared that he would concentrate on buybacks to return capital to JPM's shareholders. This is indeed good news for the shareholders.

Dimon holds an opinion that buying back a big block of share would enhance the earnings per share by 2%-3% in the upcoming 5 years, with the tangible book value remaining virtually constant. Currently, the company has 1.6 times tangible book ratio which is below Dimon's threshold.

Per Finstead Research, JP Morgan has the average price target of $119. The stock price has an upside of about 9%.

JPMorgan's valuation is considered to be not overly conservative or aggressive. Based on the forward P/E ratio, JPMorgan is ahead of C, MS, GS, and  BAC, but behind WFC. 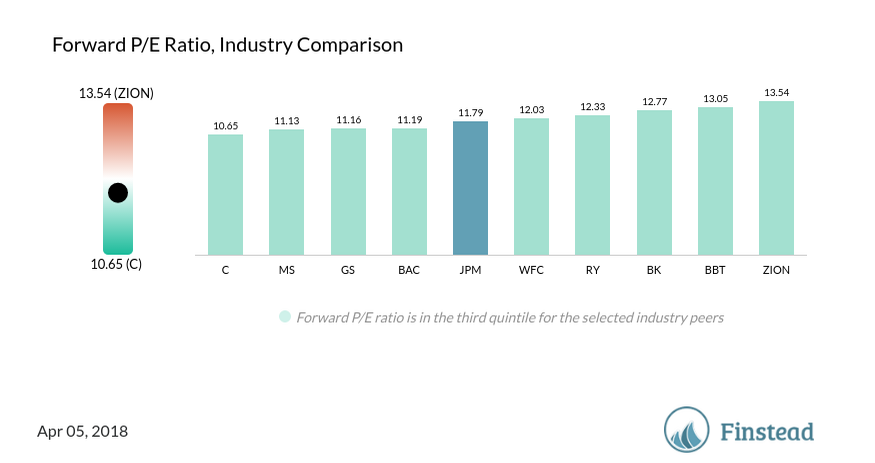 5 Key Things You Should Understand About The Banking Sector 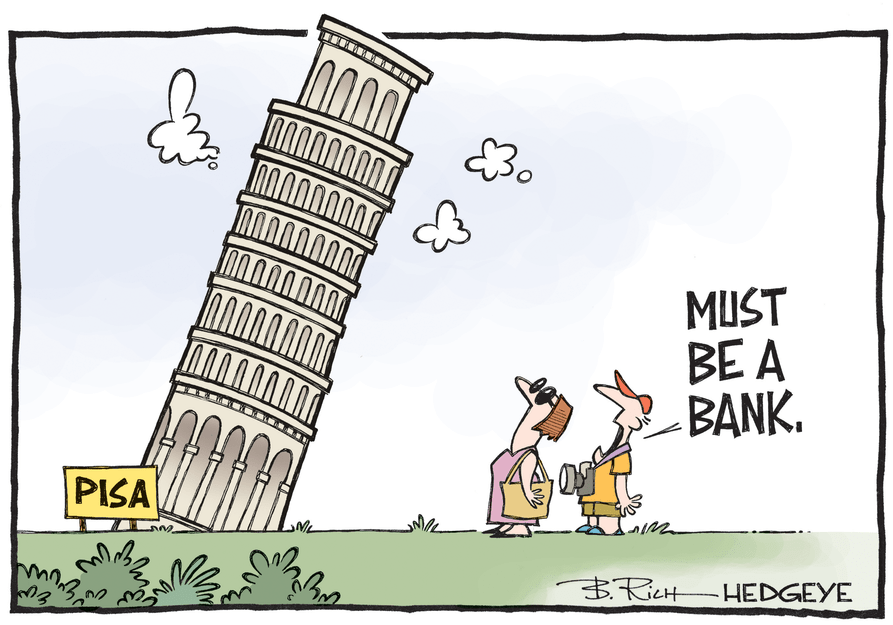 If you're pondering investments in the banking sector, there are some key themes for 2018 you should understand that may shape your thinking about investing in large banks such as JP Morgan Chase, Citi, Wells Fargo, Bank of America, or even smaller, regional ones.

The growth of the banking sector has been decreasing over the last 12 months. High interest rates involved have made large corporations to opt for borrowing and debt issuance at the prime rate on credit facilities.

Here are the five things to know about the banking sector in 2018.

1. Credit Card Lending: In terms of loan development, credit card lending remains a major focus with solid gains and high consumer confidence in employment. Over the years, consumer finance companies and banks have been leading in rewarding credit card programs that attract new customers. Loan growth for most banks remains between single-digit low and medium range in 2018.

2. The Increase of Net Charge-offs: While credit card lending may affect future margins, the net charge-offs may rise gradually with the maturing of the credit cycle though it can still remain below the historical standards.

3. Flattening of the Productivity Curve: This is due to the long maturities that have not complied with the short-term rate rise. There are still high expectations of Fed hikes in 2018 with higher productivity continuing to slow down.

4. Expansion of Interest Margin: This will occur even if the flatter yield curve does not offer similar lending business benefit as the initial rate increases of Fed.

5. Favorable Regulatory Environment: This is a result of the new stance on deregulation of the new administration despite the stalling of the wider legislative efforts. With this, the earnings from the financial sector will remain favorable in relation to the broader market.

Though there have been variations in the banking sector, the requirements for reduced capital could create room for more lending. This is expected to significantly benefit most financial institutions in 2018. 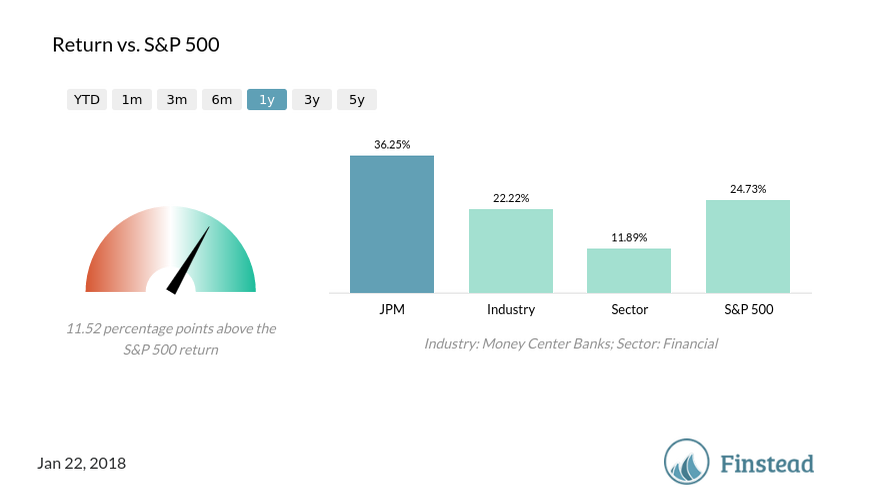 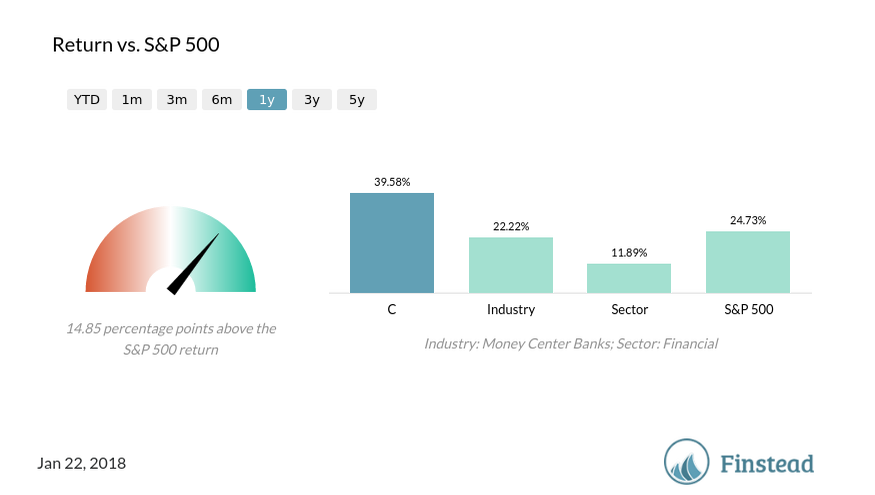 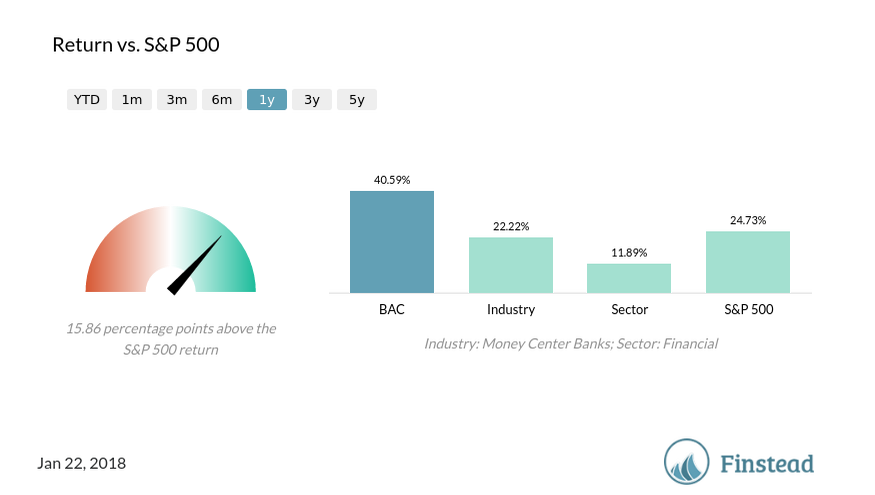 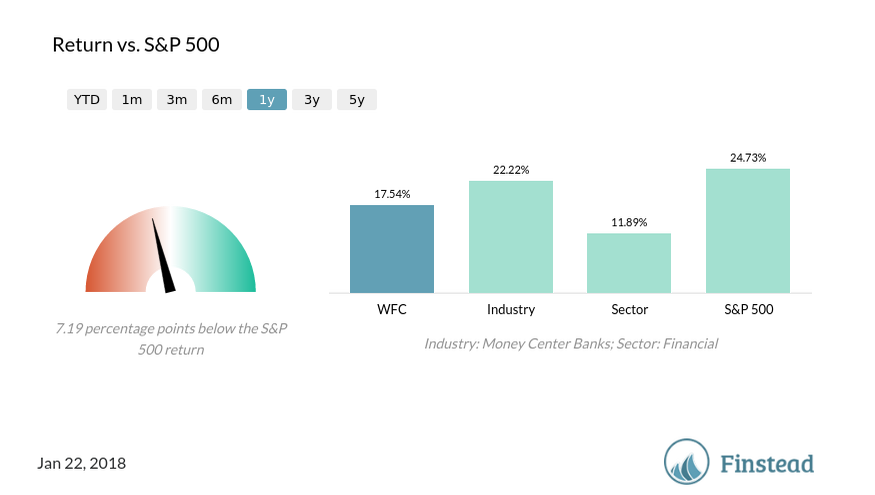 Wells Fargo: Why Buy The Stock? 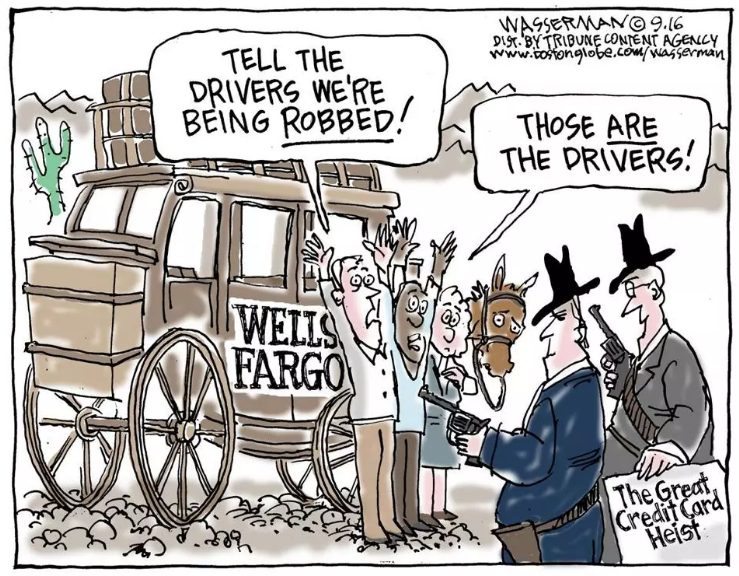 Wells Fargo (NYSE: WFC) published quarterly earnings this morning that beat analyst EPS estimates but fell short on revenue.  The profit boost from the tax bill is visible, and the Bank is hoping for a much better 2018, having gone through a very challenging 2017.

There are several factors that make Wells Fargo stand out from the rest, which include the following:

2.  Reduced margin pressure for the company that is occasioned by a gradual change in the rate environment. This has resulted in an increase in the company’s net interest margin. The company has subsequently raised its prime lending rate accordingly.

4.  Wells Fargo’s future expansion plans are also quite encouraging. The Company intends to spread its tentacles in the global market and also strengthen its asset management business.  It plans to do so mainly by assimilating local franchises, offering a wider range of products, and increasing more options for customers.

5.  Wells plans to operate at the low end of the targeted range of the return on equity and the return on assets.  This shift in fundamentals is expected to help the Bank achieve its targets with time. 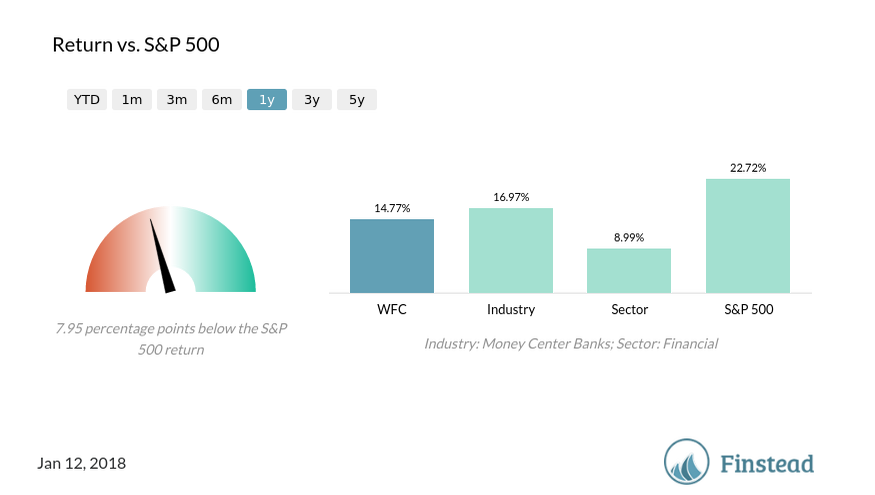 Before we start: if you're looking for WFC stock price, you can quickly find it out by visiting Finny and typing "WFC quote". If you're looking for a quick scoop on WFC stock (chart, price target, market cap, news and buy or sell analysis), go to Finny and look for "WFC". You'll get all this info in one place. Or you can just type "WFC news" to get the latest stock news.

Looking to buy or sell Wells Fargo & Company (WFC)? Interested in getting the full scoop on WFC, including earnings and dividends, stock forecast, buy or sell analysis and key stats? If so, you came to the right place.

In this WFC stock guide, we'll address key questions about WFC, above and beyond what you can find on Yahoo Finance, Zacks, MarketWatch or Morningstar.

1. What are WFC earnings?

2. When is WFC earnings date?

3. What is WFC dividend?

4. What is WFC dividend yield?

6. WFC buy or sell? What is WFC Finny Score?

7. What are the reasons to buy WFC? Why should I buy WFC stock?

Here are the reasons to buy WFC stock:

8. What are the reasons to sell WFC? Why should I sell WFC stock?

Let's look at the reasons to sell WFC stock (i.e., the bear case):

Let's look at the key statistics for WFC: