The United States is a nation of consumers, statistically speaking anyway. In 2017, the US led the world in consumption rate per capita, clocking an average of over $40,000, with our next closest competitor being the UK coming in at $24,000.

Even though we lead the pack worldwide, we’ve been competing with our own personal record over the last decade or two. The country presently has a personal consumption rate of about 67% of GDP, a figure that's been climbing consistently since the 80s and near 2011's all-time high. 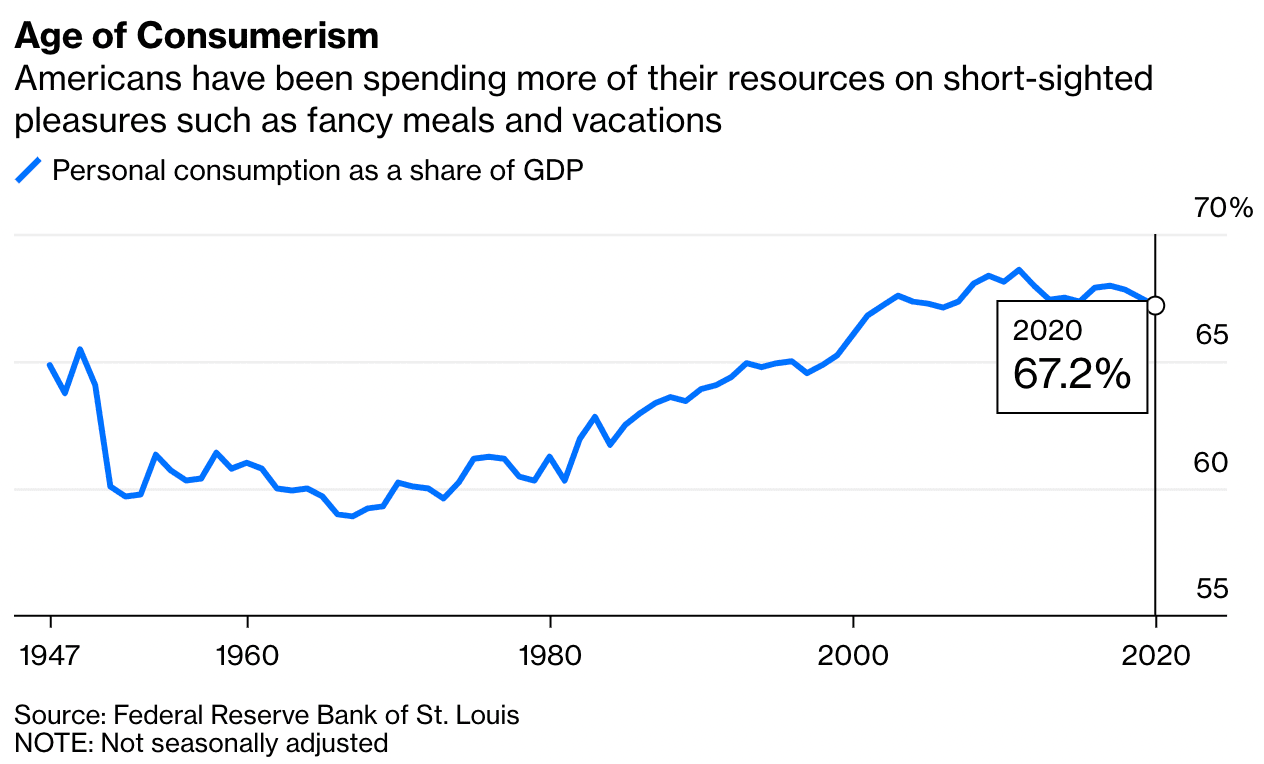 So, what does this have to do with Tesla at all? Well, it’s just a metaphor for innovation and planning for the future, a nudge that perhaps America should start investing in the long-term instead of mostly present-minded consumerism, as noted by the data.

But this isn’t so much about personal indulgences as it is about a macroeconomic shift towards innovation, or at least, one with a bit more urgency behind it. Our personal rates of consumption can certainly be an indication of lackluster forward-thinking to a degree, but it’s broader than that.

A figure more telling might actually be where we stand globally in regards to the nation’s R&D growth. In 2020, the US came in 5th behind Israel at about 3%, but it was in an entirely different class to Korea, Taiwan, and Israel, who all clocked nearly 7% growth, while China wiped the floor at 16%.

The United States’ R&D spend has been in decline for about 50 years and now sits below 1% of GDP, whereas countries like China are near 2.4%, and Israel and similar countries with smaller GDPs over 4%.

This trend thus begs the question: should more of our tax dollars be spent on something as prudent as investing in the future?

Steps in the right direction?

Aggregating America’s consumerism and personal spending with our investment in the future could be viewed as a bit of an overreach and one of those potential correlation/causation situations, but it does help us paint a picture, and it can certainly be an indicator of how we’ve fallen behind in some areas.

Congress moving towards passing an infrastructure bill that would allocate $550 billion to the country’s infrastructure over the next five years may be a good start, and perhaps it can serve as a much-needed jumpstart to an increasingly forward-thinking nation.