Are you looking for the analysis of Facebook, Inc. (FB) stock? Are you wondering what the bulls and the bears say about it?

If so, you came to the right place. In this stock guide, we will share with you 13 reasons to buy and 8 reasons to sell FB stock. You’ll get a perspective on what the bulls and the bears say about it.

The analysis below may be also helpful to you if you have any of the following questions about FB stock:

Let’s start with the bull case. Here are the reasons to buy FB stock:

1. With more users and usage time than any other social network, Facebook provides the largest audience and the most valuable data for social network online advertising.

2. Facebook’s ad revenue per user is growing, demonstrating the value that advertisers see in working with the firm.

3. The application of AI technology to Facebook’s various offerings, along with the launch of VR products such as the Oculus Rift, will increase user engagement, driving further growth in advertising revenue.

4. Facebook has witnessed significant traction in online and mobile advertising spending in a short span of time. In 2017, mobile ad revenues grew 56% over 2016. The company stated that mobile conversions are on the rise as data from 17 markets showed that mobile accounted for 69% of online conversions on Black Friday and 64% on Cyber Monday.

5. Facebook is aggressively promoting “Live” in order to boost its top line. It intends to capture the opportunity presented by ever-increasing video viewing on social media platforms. Earlier, Facebook had mentioned that video was emerging as a “megatrend” on the same lines like mobile.

6. After opening its ad platform to worldwide advertisers last year, Instagram has emerged as an important cash cow for Facebook. Again, there were no exact numbers with regard to contribution from Instagram. It has expanded Dynamic ads to Instagram while adding features like Live and Boomerang to Stories.

7. Messenger, WhatsApp and Oculus are the other extremely prized possessions. Facebook is aggressively working on monetizing the opportunities presented by its subsidiaries. Chatbots and “conversational commerce” are likely to be the strategies for Messenger and WhatsApp.

8. Facebook has a strong balance sheet and generates significant cash flow, which makes it an attractive stock for investors. The company has cash and cash equivalents of $41.71 billion and recorded robust cash flow from operations of over $7.67 billion in the fourth-quarter of 2017. Free cash flow amounted to nearly $5.41 billion.

9. The company’s user base continues to grow at a significant pace driven by new features and tools that improve engagement. However, as developed regions mature, Facebook has taken measures to drive penetration in emerging markets of South East Asia, Latin America and Africa.

Now that you understand the bull case, let’s look at the reasons to sell FB stock (i.e., the bear case):

1. Facebook is currently a one-trick pony and will be affected severely if online advertising no longer grows or if more advertising dollars shift to others like Google or Snapchat.

2. Despite rapid user growth, many of Facebook’s customers may also belong to other social networks, such as Snapchat, so the firm will continually have to fight to capture a user’s time and engagement with Facebook’s properties.

3. Regulations could emerge that limit the application and collection of user and usage data, which could minimize the value of Facebook’s aggregated data.

4. Facebook maintains a cautious stance on revenue growth. The last reported quarter was no different. Since the past few quarters, the company has maintained that ad revenues will continue to grow but will now face tougher year-over-year comparisons.

5. Although Facebook has significant growth opportunities in the emerging countries of South-East Asia and Africa, low internet penetration in these regions may negatively affect its expansion. Further, while the company can be accessed from Hong Kong, its usage has been restricted in mainland China due to excessive government regulations and censorship. This limits its growth opportunities in the Asian region (Facebook’s fastest growing user base in terms of geography).

6. As Facebook hosts a huge amount of personal data, it has been under constant scrutiny from privacy groups and federal agencies. This huge database is its primary asset for attracting advertisers. As a result, the company has been criticized for allegedly selling personal data to advertisers in order to boost its top line.

7. Facebook will likely be impacted because of the uncertainties relating to Brexit, given the fact that it will have to re-define everything from tax to data flow and privacy regulations for its operation in the U.K. Moreover, the company has its EU headquarters in Ireland, through which, it was getting certain tax benefits. Now due to Brexit, Facebook will have to chalk out a way to avoid paying higher taxes. 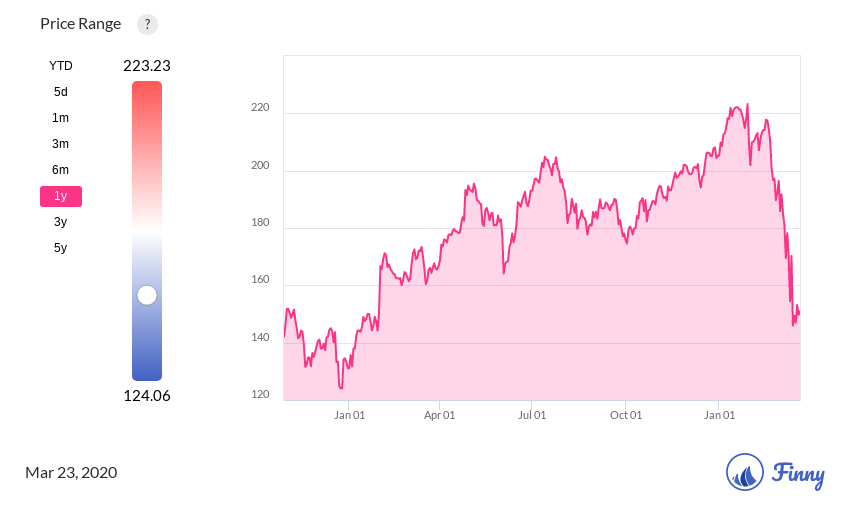 Now let's look at the key statistics for FB:

What are your thoughts on FB?