Are you looking for the analysis of Microsoft Corporation (MSFT) stock? Are you wondering what the bulls and the bears say about it?

If so, you came to the right place. In this stock guide, we will share with you 12 reasons to buy and 7 reasons to sell MSFT stock. You’ll get a perspective on what the bulls and the bears say about it.

The analysis below may be also helpful to you if you have any of the following questions about MSFT stock:

Let’s start with the bull case. Here are the reasons to buy MSFT stock:

1. Microsoft has solidified its position as the number-two public cloud vendor with its Azure platform, which should provide substantial growth for several years. The cloud model implies that information and applications are stored, managed and protected in the cloud, from where only necessary amounts of data are accessed by users. Microsoft is increasingly offering their software as-a-service on the basis of subscription for specified periods.

2. Windows 10 is the most rapidly adopted operating system Microsoft has released to date.

4. Microsoft has a dominant position in the desktop PC market, with its operating systems being used in the majority of PCs worldwide. This is particularly true of the enterprise where the company generates much of its revenue and profits. But enterprise computing is undergoing changes with companies increasingly opting for the BYOD (bring-your-own-device) model.

5. Microsoft is one of the three largest providers of gaming hardware. Its Xbox console was one of the first gaming devices of its kind. Microsoft supplemented the hardware with a number of popular video game titles.

6. Microsoft’s Bing search engine is taking market share largely from smaller rivals and benefiting from its agreement with Yahoo. Strategic actions, such as the agreement with HP to put Bing as the default search engine on its PCs have also helped. Also, Apple and Google are increasingly competing with each other in the mobile segment, which is proving to be of strategic importance to Microsoft.

7. Microsoft's execution has been excellent. This has helped Microsoft build cash and short term investments balance. The significant amount of cash provides the flexibility required to pursue any growth strategy, whether by way of acquisitions or otherwise. Also, the focus on cost reduction has increased, which is a positive for cash flow. 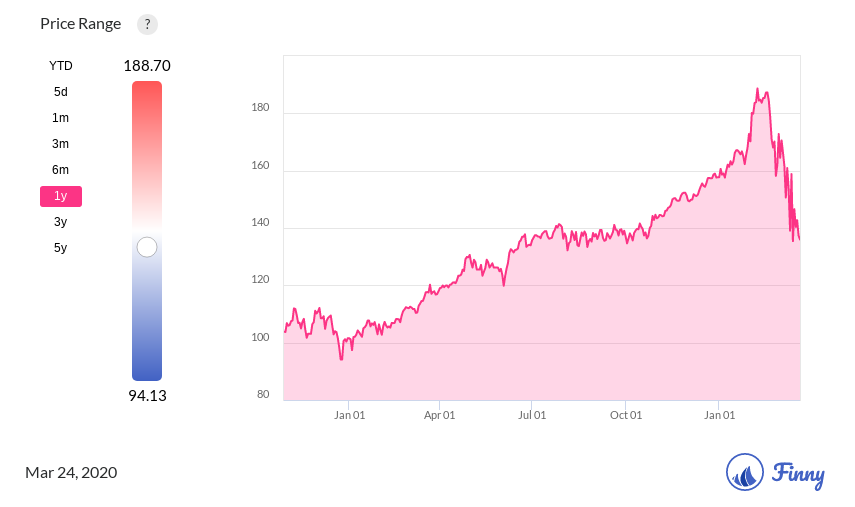 Now that you understand the bull case, let’s look at the reasons to sell MSFT stock (i.e., the bear case):

1. The Windows OS will likely continue to decline as alternatives flood the market and end users increasingly use a wider array of devices. Microsoft continues to be impacted by the tablet and mobile cannibalization of computers. This is a secular negative for the company; the future growth of Windows is greatly dependent on its ability to build position in mobile devices, particularly tablets.

2. Amazon maintains a commanding lead over Microsoft in the public cloud space, and any slip-ups could place Azure further behind the eight ball as Google and others nip at the firm’s heels.

3. Microsoft’s hardware business will remain considerably cyclical and will generally serve as a drag on margins for the foreseeable future.

4. Google poses a particular threat to Microsoft. Although Google’s focus has in the past been on search and online advertising, while Microsoft’s has been on selling its software, the two companies are increasingly pitted against each other because of the conditions in the market. Google is now interested in not just search, but also other digital goods, cloud infrastructure and hardware, which are all important to Microsoft.

Now let's look at the key statistics for MSFT:

What are your thoughts on MSFT?