LearnThe GistDiscussCommunityAchievementsRewards
🤳 Social influence in a social market
September 23, 2021
The Gist
TOGETHER WITH

Good day. Americans loved fast food these past 12 months. Can you guess which drive-thru is the most popular in the US in 2021? a) Wendy's, b) White Castle, c) Burger King. Check the answer in the "Trending" section below. 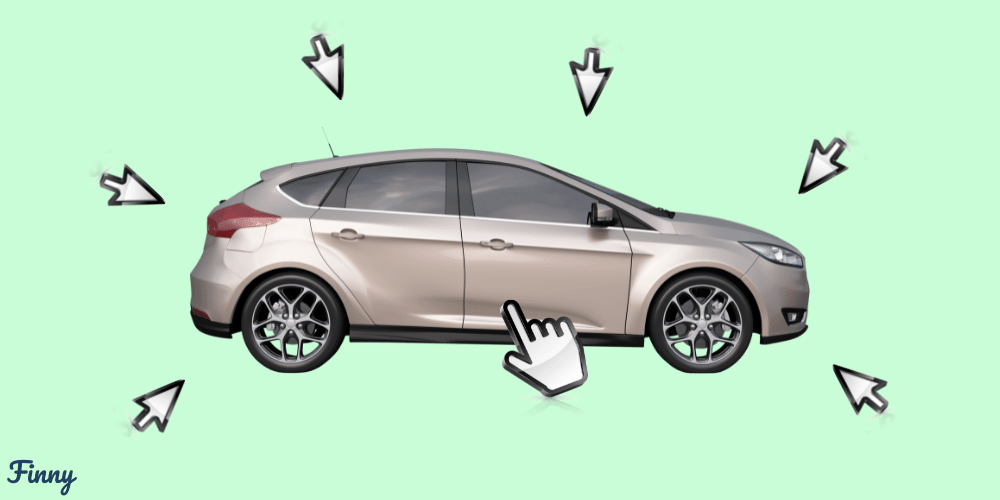 Car shopping used to be a big deal. Even as recently as a decade ago, it was nothing unusual for a family to spend multiple weekends perusing and test-driving cars from local dealerships in an effort to make the right decision on the new grocery-getter. Now though, that might just be relegated to a nostalgic memory.

Car dealerships have been around for well over a century in the US. In fact, the first Ford dealership was opened in San Francisco in 1903 by William L. Hughson, who would eventually have over 120 dealerships linked to his name.

Dealerships are middle-men in the truest sense of the term. Most states have laws preventing vehicle manufacturers from selling directly to consumers (D2C). Only 22 states don’t have such legislation, and 11 more have a further fractured system where only Tesla is allowed to engage in D2C sales. Yeah, it’s messy.

Changing of the guard

Despite the fact that car sales in 2020 were down 15% versus the prior year, nearly 30% of new US car sales were conducted online, an exponential leap from only 2% in 2019. Buyer satisfaction also hit an all-time high amid the pandemic, suggesting car-buyers are growing weary of the dealership bureaucracy.

Carvana, one of the leading online locales for car shopping, sold over 244,000 vehicles in 2020, representing a 37% year-over-year growth rate compared to 2019. Oh, and their market cap is now larger than Ford’s too.

Car dealerships won’t just be eviscerated by the likes of online dealers overnight. In fact, they saw a precipitous, but temporary, 48% revenue boost in 2020 due to shortages and price inflation, but this is nothing more than a consolation prize for the way things seem to be headed.

Although it might seem sketchy to some of us, buying cars online may become the new normal. Buying your next car direct from the manufacturer could also be in our not-too-distant future.

🚗 If you are looking to buy a car and new to the process or need a refresher on some pointers, take this bite-sized lesson on the topic:

Social influence in the decentralization of market analysis 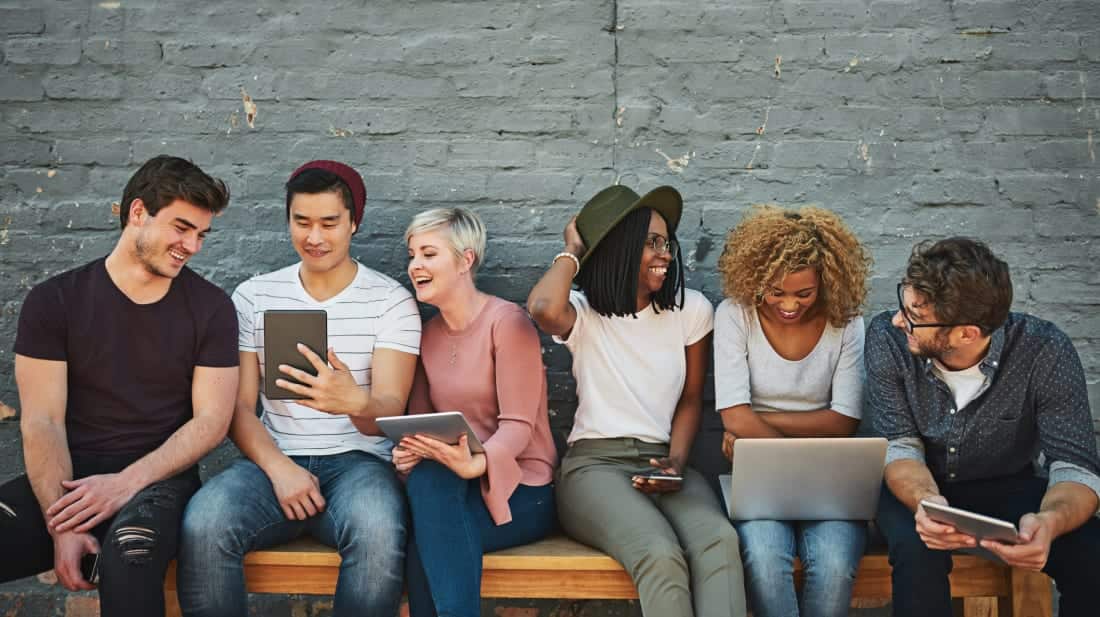 Back in the day, getting investment advice was something you needed to talk to a professional about. Maybe you’d put on your Walkman radio and go to the library to read up on investing, meet with a rep at a local broker, or even request shares be bought via a phone call.

Thankfully, this is no longer the case. The internet has changed the world as we know it entirely, and investing has been one of the biggest beneficiaries of this. It’s become decentralized in almost all aspects of the process, including market analysis.

How did we get here

Nearly 4 decades ago in 1982, Naico-Net opened the first (loosely defined) online brokerage platform. Back then though, only a small sliver of the population even had a computer. They were then followed by E*Trade in 1991, TD Ameritrade in 1994, with Charles Schwab and other well-known brokerage firms followed suit throughout the late 90s to early 2000s—a trend that created the career of day trading.

And now thanks to hyper innovation and efficiency in tech, the prevalence and adoption of mobile-friendly brokerage apps exploded. Today, the top 6 online brokerages represent over 100 million accounts.

Social influence in a social market

In an interconnected world with limitless information at the fingertips of a hundred million retail investors, we’re begging to be told what to buy. There’s no longer any latency to information, making it possible for anyone with an audience to make market waves to a certain extent.

This phenomenon has accrued hundreds of millions of followers across millions of investing accounts on YouTube, Tiktok, Twitter, and of course Reddit too. These influencers have accidentally become professional “non-financial advisors” and unorthodoxically successful investors in a new kind of market that doesn’t always emphasize or care about fundamentals right now. Some of them even ran for governor.

We can’t help but wonder if a high-flying market combined with investments taking off on social trends alone will ever have any consequences. It almost seems too good to be true, just hop on a trending ticker and ride it up 200%? Surely not.

The reality is that retail investing is undergoing a seismic shift. Between Bitcoin and the crypto world, NFTs, meme stocks, a rapid increase in retail traders chasing fast money, and kissing due diligence goodbye, it’s safe to say we don’t know where this plane might land.

Not your typical IRA 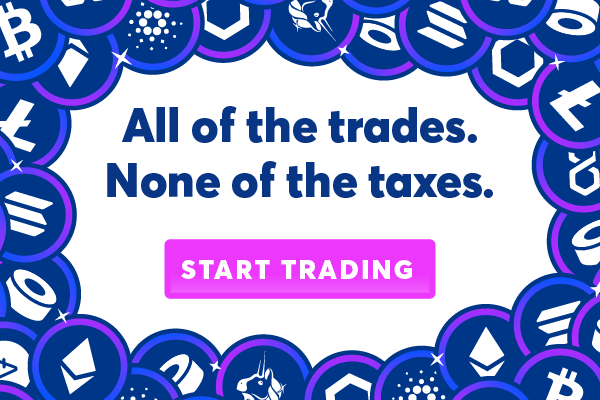 Already investing in cryptocurrency? Ever wondered if you could invest in alternatives like crypto in your retirement accounts? Now you can, with Alto CryptoIRA®.

Alto's CryptoIRA® is designed specifically for crypto investors by offering:

With $10 investment minimums, invest in as much or as little as you want.

Get more out of your IRA. Learn more about Alto CryptoIRA® today. 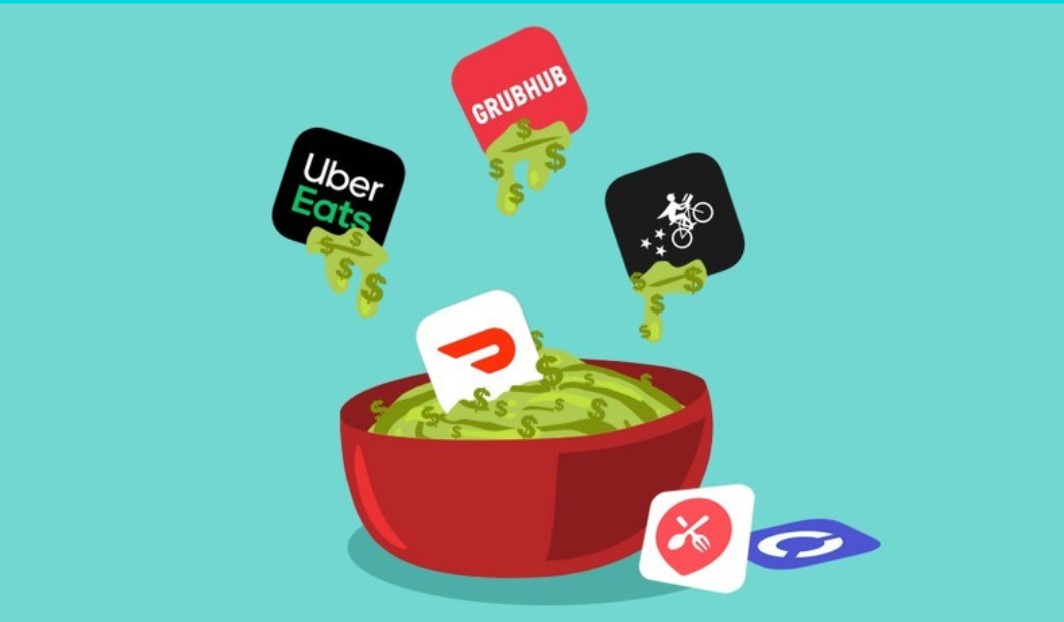 Thanks to food delivery apps these days you can get your go-to meal at your favorite restaurant usually in less than an hour. And with the likes of DoorDash growing their revenue at over 219% year-over-year, it’s safe to say our guilty convenience apps aren’t going anywhere anytime soon.

Unfortunately, they’re also an additional middle-man to your pizza order and that cost will inevitably get passed onto you.

So, here are a few tactics to save some of the cost: