⏰ The jobs mismatch
November 04, 2021
The Gist
TOGETHER WITH

TGI Thursday. According to the Bureau of Labor Statistics, which of the following jobs is expected to experience the highest projected growth rate (or highest demand) over the next decade? a. Statistician, b. Nurse practitioner, c. Wind turbine service technician. Follow the 🌊 below for the answer.

Here are the topics we cover today 🧐: 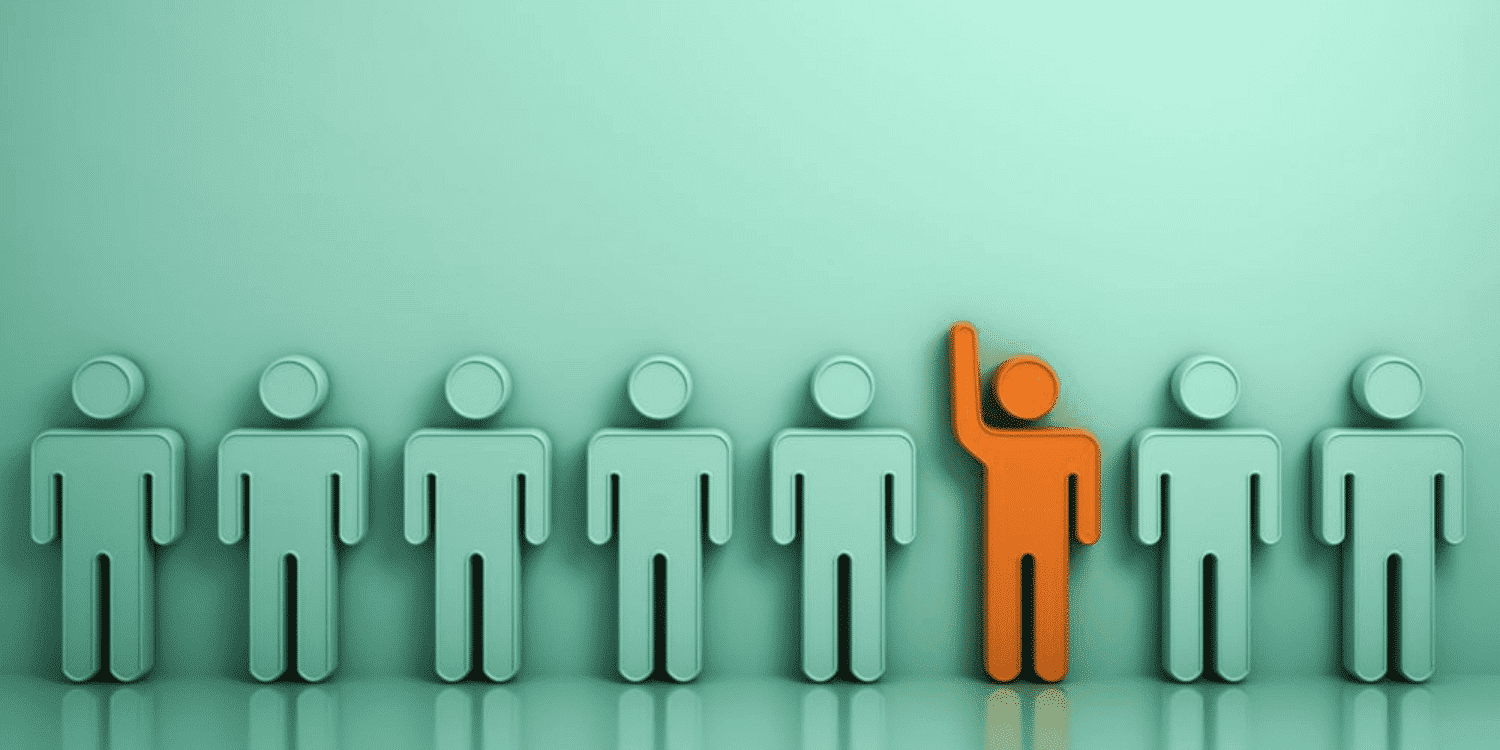 One of the most prevalent storylines throughout the pandemic, and even more so recently, has been the proposed jobs crisis we’re facing in America. Unemployment remained relatively high, as were open positions and help wanted signs.

But as unemployment is coming down from the 14.8% high in April of 2020, we’ve uncovered some systemic issues in the jobs economy.

What the data is telling us

An “ideal” unemployment rate, if there truly is such a thing, is considered to be somewhere between 4-5%. And in September, we’ve fallen back within this range at 4.8%. Healthy right? 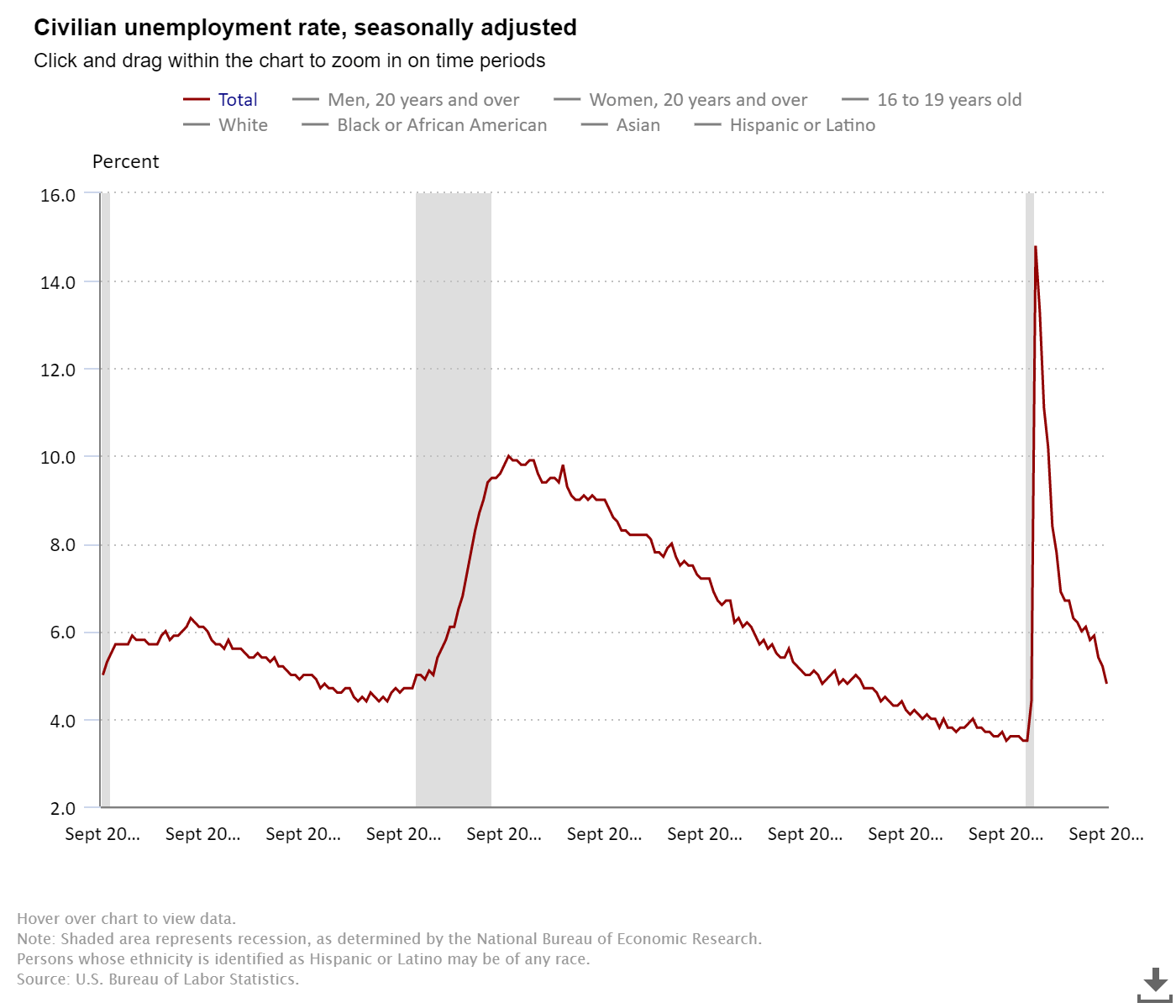 Not so fast. Over 7.7 million Americans are still unemployed, and more than 34% of them have been for more than 6 months. And on the flip side, the latest data shows there are more than 10 million job openings—a record number of open positions.

With more jobs open than people to fill them, what gives? Why the mismatch?

There’s a big difference in microeconomic solutions and macro ones and no singular way to fix this on a national level. But we're seeing businesses and employees take it upon themselves to figure it out. For example, some businesses are increasing wages, bolstering work benefits or operating with fewer staff. And employees are looking to change careers, seek out remote work or start their own business.

Ultimately though, it’s complex. Living in a system of ideological patchworks, our eyes are opening to new post-Covid realities. As businesses keep fine-tuning their offers to employees, the jobs economy will probably be alright. But if the labor market continues to skew, the economic recovery could be challenged.

Is there a regulation crackdown coming? 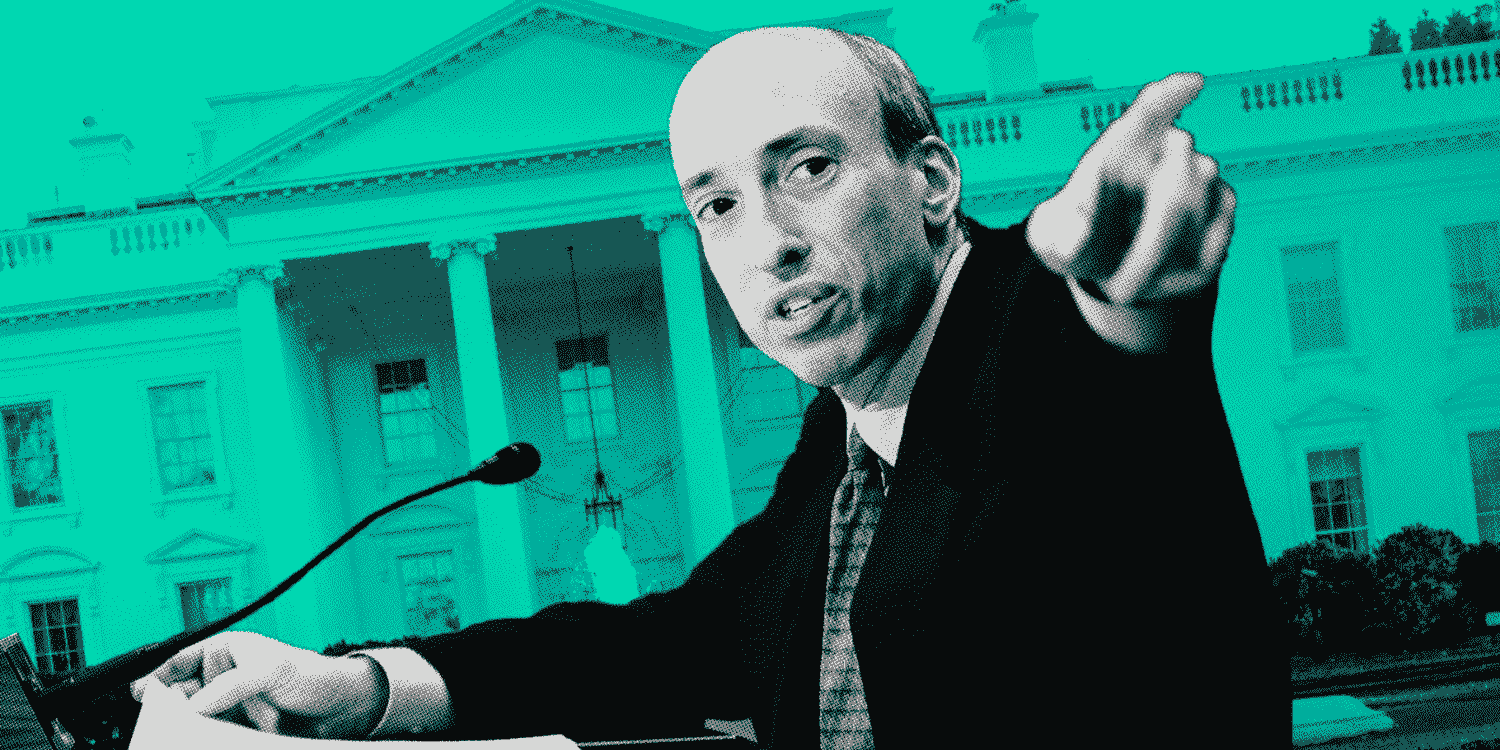 Since Gary Gensler’s confirmation as Chairman of the SEC back in April, he’s been on a warpath to sweep up the financial streets, but not just Wall Street. He’s crafted one of the most ambitious dockets the GSE has seen, and nothing is safe, apparently.

Despite opposition from financial institutions and members of Congress alike, the SEC is purportedly in hot pursuit of these matters and could care less about their sacred hedge funds and bureaucracy.  Oh, and apparently Gary is a fan of MLK and his famous “fierce urgency of now” speech. Just sayin'.

What’s on the table?

According to Bloomberg, Gensler has laid out 49-some-odd proposals for the agency to work through, ranging from stablecoins to the derivatives market. The SEC has set up about 50 teams consuming over 200 employees to address the issues, and they’re not messing around.

Further investigation into the topics of importance to Gensler and the SEC will reveal that many of these proposals may actually serve to benefit the individual, retail investors, and is more so coming for institutions.

That being said, there are a couple items that could impact retail traders down the line, like crypto regulations, the potential banning of PFOF, and the fear of a bearish sentiment arising in the markets if any make it through.

If PFOF gets kicked, some of your favorite zero-commission brokerage firms may come under pressure to make significant changes to their business model. Will they start charging fees, internalize orders, or what? We can’t know yet.

As for crypto, the SEC has no plans to ban it or anything extreme like that. In fact, most of the proposed regulations regarding exchanges adhering to traditional securities regulation would probably make little to no difference to your average crypto holder who pays their taxes. The real concern, however, could be general market sentiment, and how this impacts it.

Perhaps the main concern throughout all of this cracking down could simply be market sentiment. If the SEC starts spooking the big dogs, this bearish pressure trickles down to the individual investors, resulting in some red days.

Forget everything you know about insurance 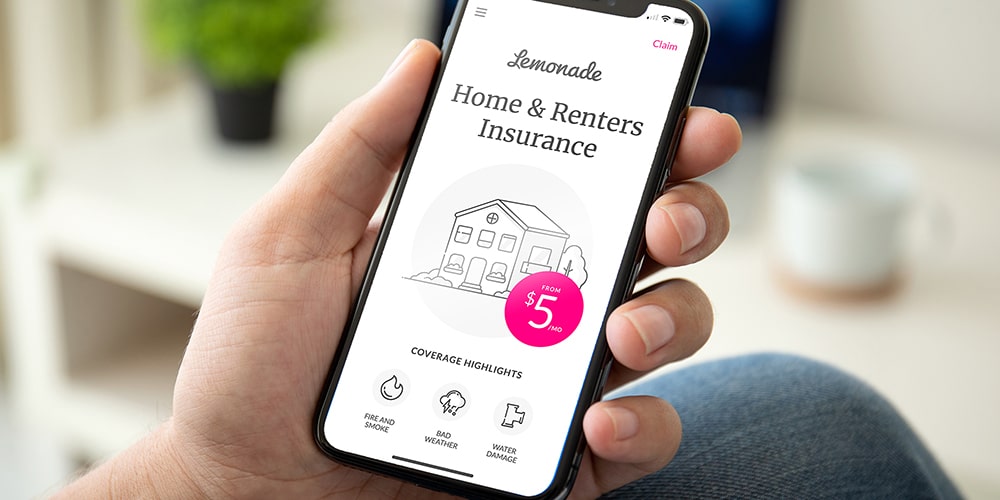 Say hello to insurance that’s made for the 21st century. Lemonade home and renters insurance makes everything super easy.

With a 100% digital sign-up process and claims paid at the speed of light, it’s the insurance people *actually* like.

What many people think of as the start of the holiday season is something entirely different for corporate America, and anyone who works on benefits in HR can attest to this.

November marks the start of open enrollment for millions of companies and employees alike, and maybe we should make a bigger deal out of it. You know, give it a holiday of its own.

Here are 5 tips to help during this period:

🌊 TRENDING ON FINNY & BEYOND

Finny is a personal finance education start-up on a mission to make your money work for you. We offer a personalized learning experience through bite-size, jargon-free lessons, money trends & insights and investing tools.

*Sponsors or advertisers offer unique consumer services. We're thankful for their support as we work to make financial education accessible and easy to as many people as possible! If you're interested in sponsoring The Gist, please email us at partnerships@askfinny.com.

If you have any feedback for us, please send us an email to feedback@askfinny.com.

+ it's time for your portfolio checkup & money tips crafted for 2022